Guest comment: 'Bribery and the film & TV industry: Offers you really should refuse'

In business, perhaps particularly in the film and television business, it’s important to know what a bribe is, and isn’t. Eoin O’Shea, partner at Reed Smith LLP, attempts to explain the difference. 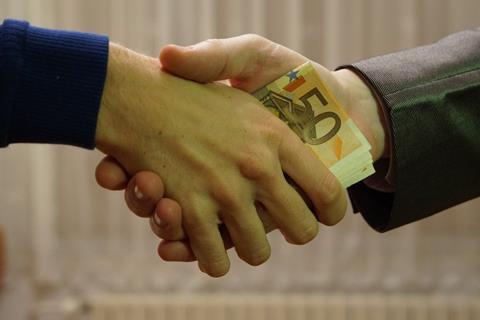 In law, a bribe is a specific offence.

It generally involves the offer or gift of a valuable advantage to induce or reward an improper act by a person in authority, or the solicitation of such an advantage in exchange for such an improper act. I say “generally” because there are all kinds of different anti-bribery laws and it’s impossible to summarise them all here. But the main idea in the UK, US and other common-law countries is this illicit quid-pro-quo element. That’s really what differentiates a bribe from a normal transaction.

Historically, bribery which occurred outside a person’s home jurisdiction was not given much attention by law-enforcement. However, over the last fifteen years there has been a realisation that corruption overseas causes huge geopolitical problems. Prosecutions of bribery, especially foreign bribery, have increased enormously both in number and in the value of penalties imposed. Total sanctions in the US, Europe and elsewhere run into billions of dollars, not including billions more in the compliance costs that companies have had to incur.

For reasons I will explain, it’s an issue for the film and TV industry just as much as any other, maybe even more so. Some examples should help:

A classic case involves shooting on location. Shooting in some countries can give rise to the sort of “damned if you do, damned if you don’t” dilemmas that anti-bribery lawyers come across regularly. There is pressure to hit deadlines and budgets. A customs official might deny customs clearance for vital equipment or permit it if he gets a cash payment. A local mayor could issue a permit, or not, depending on what is in it for him personally. I need hardly say (need I?) that payments of this nature are almost certainly illegal and it will be no defence that if the payment isn’t made the shoot will be delayed or maybe even abandoned. Avoiding financial losses is not an excuse for bribery.

Another issue for the industry happens more in the commercial sphere. Commercial relationships with state-controlled broadcasting and/or film-making companies have to be handled carefully. There is a risk that executives of such companies would be deemed “foreign public officials” and that any gifts or hospitality put their way, certainly anything which might be seen as an attempt to influence their judgment on a project, could be seen as bribery.

Most people understand the risks attaching to money payments and free gifts. But a problem which is unique to the entertainment industry in particular is that fame, or access to famous people, can be a currency in itself. Gatekeepers to the business can exploit their power in all sorts of ways and certain favours or indulgences, though they are hard to quantify in money, have enormous value to some. Benefits such as invitations to awards-shows, premieres or the like should not be traded for any sort of commercial advantage or offered to people like public officials in exchange for any sort of quid-pro-quo. The same is true of tours of sets, social events with film-stars or the like.

A good practice is the “newspaper test”: ask yourself “would I, or my boss, want this transaction / situation / meeting to be reported in the media?” If the answer is “no” or even “I’m not sure” then it’s probably best avoided.

A few more tips for those worried about this sort of risky business. People contemplating questionable transactions sometimes put too much store in terminology, hoping perhaps that choosing the right euphemism will provide immunity. One can describe a payment as a “commission” or an “incentive”, one can describe a corrupt relationship as “consultancy” or “local assistance”. But the law looks at the substance of a transaction rather than the form. As every police procedural tells us, investigators follow the money.

A last point: cultural relativism is not a relevant factor in bribery cases. If you are from a country with strict anti-bribery laws you will likely carry those laws with you wherever you go. The “it’s Chinatown” defence, i.e. that corruption is tolerated in certain places, won’t get a sympathetic hearing from prosecutors or courts back home. As well as the newspaper test, you should also apply the home-town test. Would I do this in my home town? If not then you probably shouldn’t do it anywhere else.

Of course anyone worried about a particular situation should take their own legal advice. Please don’t think you can cover up trouble or that the status of your company or your own personal reputation will save you. Some people in Hollywood thought they could get away with a lot, until they recently found that they couldn’t. Doing the right thing is good for your soul as well as good for business. In business, in life, just as in the movies, the hard choices are how characters really are defined.