Diaries Of A Flying Dog 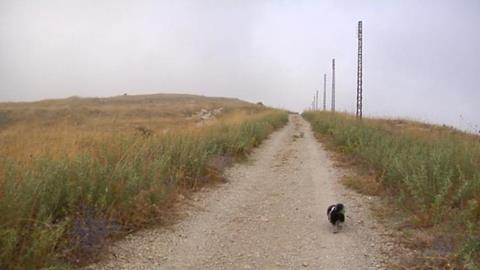 Documentary film as a form of personal therapy is a well used genre, but Lebanese director Bassem Fayad takes a different spin on the concept as he concludes both he and his dog Zen are suffering from anxiety issues and decides to film how both try and face up to their problems.

It is a gently intriguing film rather than one with a great message, and to an extent is an examination on how to try and heal yourself through self-reflection.

Though essentially quite a slight film, Diaries Of A Flying Dog (Yaoumiyat Kalb Ta’r) is an intriguing delve into fears and memories impact on life , with Fayad using his camera a way of trying to look into where his concerns come from. The film had its world premiere at the Dubai International Film Festival.

The film opens simply with Fayad driving his car to his family’s house. As he turns down into the driveway – while talking on the phone to his therapist (the voice of Abla Khoury) – his excited dog Zen rushes up, jumping and barking excitedly. Fayad discusses with his mother the fact he has been prescribed as having General Anxiety Disorder, with her discussing her own constant anxieties and concerns.

Meanwhile, Zen has his own issues. In four months Fayad has been unable to get him past the end of the drive (cue footage of the dog refusing to budge) and sees much of his own fears and worries in the dog. The film its not its own gentle moments of humour and affection as Fayad chats with family members, looks back at past events via images and video on his iPhone and talks about events that have had an impact on him

It is a gently intriguing film rather than one with a great message, and to an extent is an examination on how to try and heal yourself through self-reflection (using filming techniques in this case) and analysis. Things come a head when Fayad’s cousin arrives with her own dog, and promptly gets Zen to head off on a long walk with her, with the dog happily heading beyond the edge of the driveway.