EXCLUSIVE: 108 Media has picked up US rights to the award-winning Canadian comedy and plans a one-week theatrical run in August. 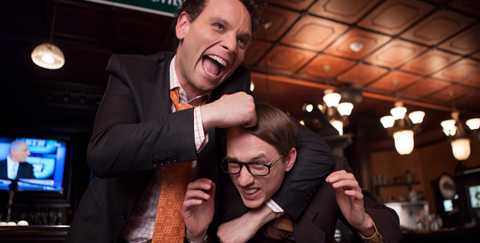 The film charts the exploits of a suicidal debt collector and an ebullient suit salesman whose fortunes change as their friendship develops.

108 Media will release Lawrence & Holloman in Los Angeles at the Downtown Independent from August 7-13, followed by VOD release on iTunes, Amazon, Xbox, Vudu, Google Play and other platforms on August 11.

“108 Media can’t wait to introduce Lawrence & Holloman to the United States,” said CEO Abhi Rastogi. “It’s time they see what Canada has to offer when it comes to dark comedy. These characters are sure to make you laugh.”

“Not all Canadian films make it south of the border,” said Kowalchuk. “I’m thrilled to see 108 Media finding the right audience for Lawrence & Holloman and can’t wait to see America’s reaction to our classic odd couple story – with a dark twist.”