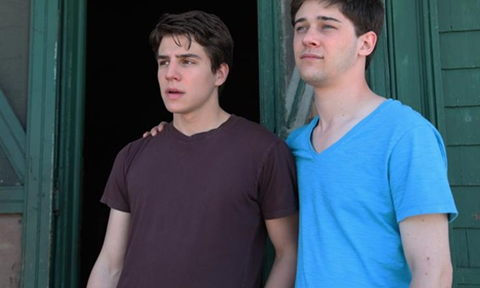 The drama premiered at The Human Rights Campaign in Washington D.C., and has played a number of festivals.

Tom Wopat, Michael Grant, Josh Green and Gregory Harrison star in Fair Haven, about a piano prodigy out of ex-gay conversion therapy pressured by his father to run the family farm.

“Spreading the message of acceptance and tolerance is our mission,” said Karlhuber. “If we can help young people gain confidence in their differences and maybe open a few closed minds we’ll have achieved our goal”, said director Kerstin Karlhuber.

“Breaking Glass was the perfect distributor for us because they understood the value of the film and were excited about it”, added Malloy.

“Fair Haven is a beautiful coming-of-age film about the troubled relationship between two boys”, said Richard Ross, co-president of Breaking Glass. “In a year with a controversial, new political administration, everyone needs to be reminded of the dangers of conversion therapy, and the psychological damage inflicted.”