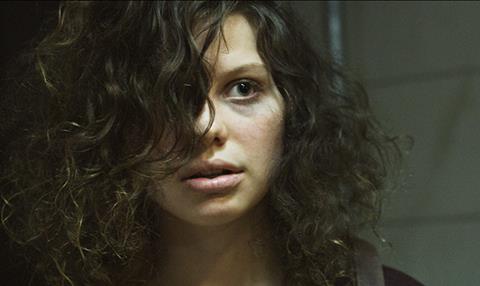 Protagonist Pictures has taken on worldwide sales rights to first-time filmmaker Micahael OShea’s The Transfiguration, which will have its world premiere in Un Certain Regard in Cannes next month.

The film stars newcomer Eric Ruffin alongside Chloe Levine, who made her film debut in Hilary Brougher’s thriller Innocence and has been cast in the next season of Netflix’s House Of Cards.

The film is produced by Susan Leber whose credits include Sundance winner Down To The Bone, directed by Debra Granik, and Ti West’s first feature The Roost. She was also supervising producer on Gillian Robespierre’s comedy hit Obvious Child.

Michael O’Shea both wrote and directed the atmospheric New York tale about love, loss and vampires.

The film was shot by Sung Rae Cho, who also shot Graceland, while editor was Kathryn Schubert (The Experimenter) and the sound designer is Coll Anderson (The Host). Executive producers are Daniel Hammond and Lauren McCarthy.

“Our entire team was knocked out by The Transfiguration,” said Protagonist CEO Mike Goodridge. “It’s a wildly original and surprising film that marks major new talents in Michael O’Shea and his wonderful lead actor Eric Ruffin. We think the film will grab a lot of attention in Cannes.”

In addition to The Transfiguration, Protagonist Pictures will be on the Croisette with Andrea Arnold’s Competition entry American Honey.