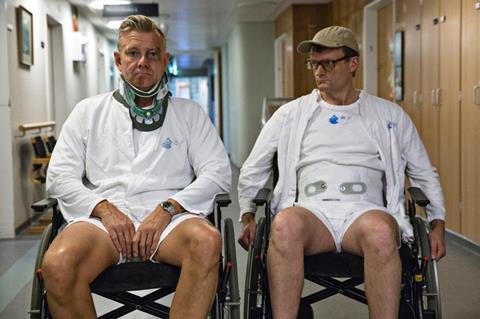 The sequel to 2010’s Klown follows the misadventures of two best friends as they stumble through poorly laid plans and disastrous social situations.

Drafthouse released the original film and the entire Danish television series in 2012.

Klown Forever opened in Denmark last weekend and will get a limited theatrical release in North America followed by digital platforms in 2016.

The comedy is a Nutmeg Movies film in collaboration with TV2 Danmark. Jesper Zartov and Lars Knudsen produced and Hvam and Christensen served as executive producers.