Netflix has revealed a ‘Binge Scale’ charting the viewing habits of its subscribers. 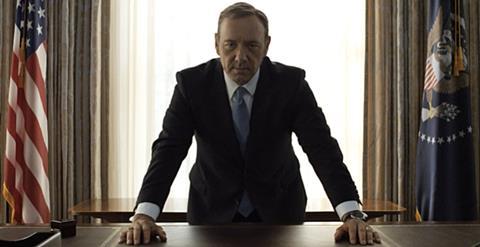 Online streaming giant Netflix has revealed a ‘Binge Scale’ charting the viewing habits of its subscribers for Neftlix TV shows.

Netflix examined global viewing of more than 100 serialized TV series on its platform across more than 190 countries and found that the median viewing time for a Netflix user watching one title was two hours and 10 minutes per sitting, while the median time for completing a series was less than a week.

The company classified hit titles The Walking Dead, American Horror Story and The Fall in the ‘devour’ category indicating above average viewing time. These sit alongside more rapidly consumed comedies with a dramatic bent like Orange Is The New Black, Nurse Jackie and Grace And Frankie. while complex narratives, like that of House of Cards and Bloodline, are consumed at a more unhurried pace so fall into the ‘savour’ category.

“As The Binge Scale indicates, the viewing experience of a series can range from the emotional to the thought-provoking,” said Cindy Holland, vice president of original content at Netflix.

“Netflix helps you to find a series to binge no matter your mood or occasion, and the freedom to watch that series at your own pace - whether that’s to appreciate the drama of Bloodline or power through Orange is the New Black.”

Netflix analyzed series between October 2015-May 2016.