The distributor has acquired all US rights to the Irish action thriller in what sources said was a seven-figure deal with XYZ Films and WME Global. 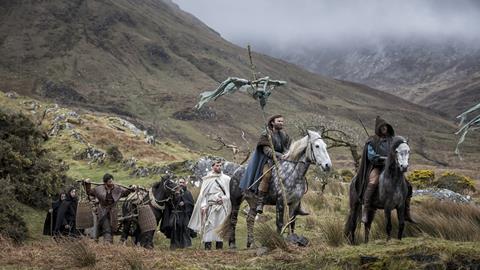 Brendan Muldowney directs Jon Bernthal, Richard Armitage and Holland in the story of 13th century monks who escort a holy relic to Rome on a treacherous journey.

Jamie Hannigan wrote the screenplay and the producers are Conor Barry and John Keville of Dublin-based Savage Productions and Benoit Roland of Wrong Men. XYZ Films served as executive producers.

Pilgrimage shot on location on the west coast of Ireland and the Ardennes Region of Belgium, and was financed by Irish Film Board, the Broadcasting Authority Of Ireland, Wallimage, Fédération Wallonie-Bruxelles and BNP Paribas Fortis Film Finance.

Holland will star in this summer’s Spider-Man: Homecoming, which is scheduled to open on July 7.

Bernthal will next be seen in the Netflix Original Series Punisher in which he reprises his role of Frank Castle from Marvel’s Daredevil. His feature credits include Sicario and Fury.