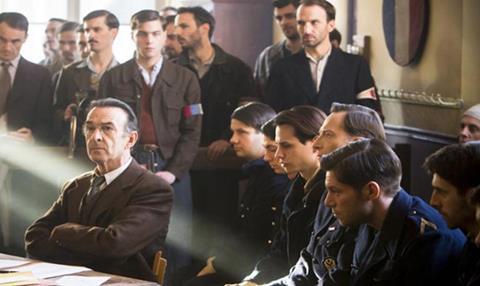 Metropolitan France, known as “L’Hexagone” is an ideally situated, diverse and prosperous export market for British companies. It can also be a stepping stone into other eurozone markets.

Contact a UKTI France export adviser for a free consultation if you’re interested in exporting to France.

France is the world’s fifth largest economy. It has the second largest consumer market in Europe with 65 million inhabitants. France is a geographical hub for business within the European Union (EU), but also with Africa and the Middle East.

Paris is the eurozone’s leading financial centre. It is the second most popular location in Europe for foreign financial firms with a total of 500 banks and financial institutions.

Benefits for UK businesses exporting to France include:

Strengths of the French market include:

Read the EU’s practical guide to doing business in Europe.

In many ways France is a similar market to the UK. If your product or service is successful in the UK, there’s a good chance you’ll be successful in France.

However, French businesses can be wary of buying outside France. UK companies need to be reassuring about quality, price and reliability.

There can be resistance, besides language and cultural challenges, when doing business with France. This can be overcome through persistence and regular meetings.

Payment conditions have to be factored into prices. For business to business transactions these can range from immediate payments on receipt of goods (often with a negotiated small discount) to a negotiated 60 day payment.

The Organisation for Economic Co-operation and Development (OECD) predicts that the French economy will grow steadily in 2015 to reach 1.7% growth in 2016.

Domestic austerity measures have eased slightly. However, France has until 2017 to bring its deficit below 3% of GDP. This new non-negotiable 2 year grace period was granted by the European Commission.

The French economy has:

There are opportunities in France are for strong, innovative, and information economy based UK companies.

There are opportunities around technologies for multimedia organisations involved in:

The design and crafts sector is also an area of considerable opportunity in France.

Contact sophie.debodisco@fco.gov.uk for more information on opportunities in the creative industries sector.

Opportunities for UK businesses in France

Typical routes to market options include:

All options carry advantages and pitfalls.

Conditions of sale for direct exports should be written and signed after negotiations.

Direct sales through local representation involves collaboration with a:

If you set up a French subsidiary company you need to register with the local Chamber of Commerce.

You should use a credit management agency to provide a credit report before trading with a new company. This will provide an indication of a company’s payment habits and financial situation before you deal with them. French companies are listed on theInfogreffe website, along with address and recent financial statements.

Consult local English speaking lawyers to avoid costly mistakes and ensure you start out in the way that is best suited to your sector of activity.

Contact the UKTI team in France to help find tax and legal advisers before entering into agreements.

Trademarks, designs, patents and copyright are the principal forms of Intellectual Property (IP) protection available to companies and individuals.

IP law, especially for patent protection, is not totally harmonised within the EU.

When in meetings you should:

Please contact the UKTI team in France for more tailored information and advice on opportunities for doing business in France.