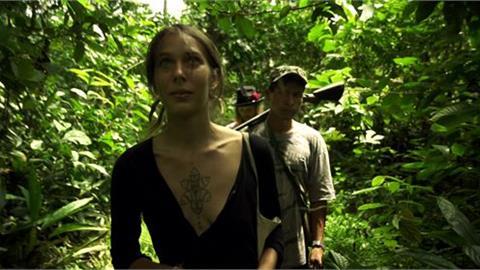 The transition from their grungy but oddly fairy-tale Berlin headquarters through to the rainforest is where the film comes into its own.

The four key members of group, Leona Johansson, Tommy Hol Ellingsen, Natty Mandeau and Danny Devero (along with enthusiastic supporter Kaajal Shetty),  may well seem to live in a fantasy world (enhanced by plant-based psychedelic drugs), but they have actually also made some money…and the film follows them from Berlin through to a trip to the Amazon.

In fact during one meeting  the villagers, bemused by the FFF folk’s ‘wacky’ neo-hippy attire, say they don’t want to be involved in receiving funding, mainly because they simply don’t trust the admittedly rather naïve ‘save the planet’ speech.