Baftas 2017: the lowdown on all the British film nominees

We profile all the UK films that were nominated for the 2017 Baftas, from Fantastic Beasts to Florence Foster Jenkins. 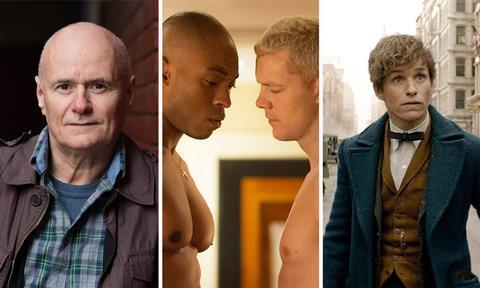 The 2017 Bafta nominations reflected the breadth of filmmaking taking place in the UK today, with blockbuster Fantastic Beasts And Where To Find Them competing against Iran-set indie horror Under The Shadow.

Here’s the lowdown on all the British films that made the Bafta shortlist this year.

Synopsis: A middle aged carpenter who requires state welfare after injuring himself, is joined by a single mother in a similar scenario.

Screen review: “While it might not break new ground, there is no denying the potency of the film’s empathetic anguish and fury.”

Reaction: Joe Oppenheimer, acting head of BBC Films [a backer on I, Daniel Blake], said: “We are so proud to have supported these outstanding films, all of which showcase in their own way the very best of British film-making”.

Fantastic Beasts And Where To Find Them

Synopsis: The adventures of writer Newt Scamander in New York’s secret community of witches and wizards seventy years before Harry Potter reads his book in school.

Screen review: “Fantastic Beasts is better the darker it gets, especially in a robust final reel where the film fully hits its stride.”

Synopsis: The story of Florence Foster Jenkins, a New York heiress who dreamed of becoming an opera singer, despite having a terrible singing voice.

Screen review: “Playing the deluded songbird heiress, and equipped with an impressively padded girth, Meryl Streep hasn’t been in such good-humoured form since 2009’s Julie And Julia.”

Synopsis: In the summer of 1983, just days before the birth of his first son, writer and theologian John Hull went blind. In order to make sense of the upheaval in his life, he began keeping a diary on audiocassette. This documentary/drama is based on exclusive access to these original recordings.

Screen review: “Hull’s wisdom, and the agility of his insights as he struggles to make sense of his condition, form the basis of this elegant, evocative and deeply affecting documentary.”

Synopsis: As a mother and daughter struggle to cope with the terrors of the post-revolution, war-torn Tehran of the 1980s, a mysterious evil begins to haunt their home.

Screen review: “What’s particularly interesting is the use of the veil as a symbol of the threat which haunts Shideh and her daughter.”

Reaction: Babak Anvari said on Twitter: “So honoured that Under the Shadow @UTSFilm has got two @BAFTA nominations! Big thanks to everyone who helped us make it happen!”

Synopsis: Acclaimed writer and historian Deborah E. Lipstadt must battle for historical truth to prove the Holocaust actually occurred when David Irving, a renowned denier, sues her for libel.

Screen review: “Jackson’s film is best enjoyed for the quality of the performances and the typical richness of Hare’s screenplay.”

Synopsis: A teenage girl with nothing to lose joins a traveling magazine sales crew, and gets caught up in a whirlwind of hard partying, law bending and young love as she criss-crosses the Midwest with a band of misfits.

The Girl With All The Gifts

Synopsis: A scientist and a teacher living in a dystopian future embark on a journey of survival with a special young girl named Melanie.

Read more: The story behind ‘The Girl With All The Gifts’

The Girl On The Train

Synopsis: A divorcee becomes entangled in a missing persons investigation that promises to send shockwaves throughout her life.

Screen review: “Taylor aspires to gravitas, which only makes everything seem that much sillier.”

Synopsis: The police killing of Mark Duggan in London, 2011, ignited the worst civil unrest in recent British history and made headlines around the globe.

Synopsis: Based on the John Donnelly play of the same name, The Pass revolves around sexual encounter between two premier league footballers and its repercussions for years afterwards.

Screen review: “[The film is] assisted by a blistering performance from Russell Tovey as a cunning premier-league player whose secret is rotting him from the inside.”

Nominations (one): outstanding debut by a British writer, director or producer (John Donnelly, Ben A. Williams)