Bruno Dumont on his new film 'Jeannette: The Childhood of Joan of Arc'

French director discusses his all singing, dancing, head-banging portrait of the young Joan of Arc. 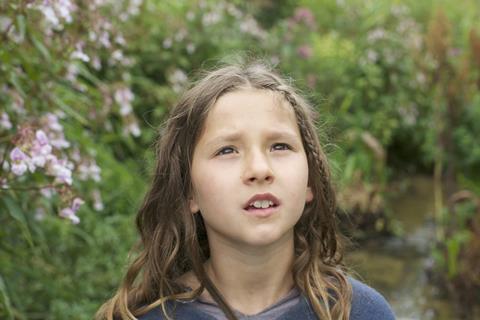 Adapted from the epic poem The Mystery of the Charity of Jeanne d’Arc by 20th-century poet and essayist Charles Péguy, it features performances by an amateur cast, who also helped compose the music.

Why did you decide to make a film about Joan Arc in this moment in France’s history?

I started developing the film at a time when the French were asking a lot of questions about France and what it means to be French. We’re bit obsessed about these questions and I saw in the story of Joan of Arc a way to tackle this in a simple way.

But hasn’t image of Joan of Arc has been tarnished in recent years by its association with the far-right National Front?

She’s a patriotic figure but not in the way suggested by the far right. Joan of Arc is a figure who appeals as much to the Left as to the Right. She reconciles France. When Péguy wrote the poem he was a socialist. She represents France in her universality and her sensibility towards others. She is a paradox, she is at once nationalist and for all of humanity, for God but against the Church. She embodies France in all its diversity.

How did you combine the talents of the amateur actors with the work of composer Igorrr and French choreographer Philippe Decouflé?

I wanted the score to be melodious and popular and Igorrr’s work is not very melodious. I asked the girls to compose melodies around Péguy’s texts which we then passed on to Igorrr so the score is a combination of the girls pop culture and Igorrr’s electro sound.

There’s quite a lot of head-banging in the film. Where did that come from?

That came from Igorrr.  He’s into heavy metal and I felt it was a style of music that ties in well with the Gothic and Middle Ages setting of the film. I found the act of head-banging a good way to represent Joan of Arc’s trances and moments of ecstasy. It’s also quite violent and there’s a violence in Joan alongside her grace, beauty and sensuality. After all she’s also a warrior and the use of heavy metal and the head-banging was a way to allude to that.