Christophe Gans, Beauty and the Beast

The French filmmaker and leading lady Léa Seydoux talk about the latest adaptation of the classic fairy tale. 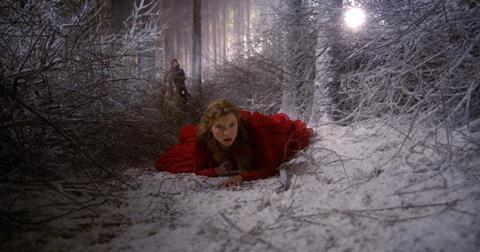 A new adaptation of the fairy tale Beauty and the Beast premiered in its France two days before having its first festival bow in Berlin on Valentine’s Day.

But Beauty and the Beast could almost have been The Hunchback of Notre-Dame. When Pathé first informed director Christophe Gans of plans to adapt a French literature classic, the filmmaker opted for a remake of Victor Hugo’s masterpiece.

But just as they were about to announce the decision, Gans changed his mind. The director recalled: “I thought, ‘Shit…let’s do something similar to Notre-Dame de Paris. Hugo’s story is almost a Beauty and the Beast on Notre-Dame.”

The new version of the beloved fairy tale is inspired by the longer version, written by Gabrielle-Suzanne Barbot de Villeneuve, and includes elements of Nordic and Greek mythologies.

It was important for Gans that his adaptation made this aspect very clear, in which giants represent a very powerful force and to “show that these huge guardians are like old Greek Titans”.

According to leading lady Léa Seydoux, this film is also for children. “These stories were made for little girls before marriage,” says the actress. “They would say: ‘Ok, you’re going to meet the beast’”.

She also claims that the values portrayed in the film are very strong and Gans agrees.

Seydoux sees Beauty and the Beast as a feminist story. But for Gans, his film is more about the difficult relationship between man and nature and says: “For me, the most important scene is where the prince kills the deer and finds that this deer is his wife.”

Seydoux highlights the relationship between Beauty and her father, and calls it “the most touching part of the film”.

When asked about about previous versions of the story, the actress favours the 1946 adaptation as opposed to the Disney take: “I mean it’s a good film but it’s not my favorite one. I prefer Jean Cocteau’s film.”

There were a variety of reactions to Gans’ film in France including surprise that it was a large scale special effects feature.

The film cost €35m, which is a “beautiful budget for a European picture” but a “very, very small project compared to what Hollywood is doing”.

After being told the budget, Gans worked out he could afford “105mins of film and 1,000 shots - not one more and no improvisation”.

Gans’ Brotherhood of the Wolf consisted of almost 3,500 shots. So he ensured he told Beauty and the Beast in long shots: “I try to keep my shots alive like a caress.”

The aesthetic of the film was inspired by 19th Century paintings made under the First and Second Empires in France by David and Gérôme, two “amazing technicians”.

Gans revealed that he would next like to make an adventure film, maybe based on the work of Jules Verne.

“Jules Verne belongs to our culture, European culture”, he says and added that Hollywood’s treatment of Journey to the Centre of the Earth had “nothing to do with Jules Verne”.