“Directing is helping me to become a better actor": Ed Skrein on his directorial debut ‘Little River Run’ 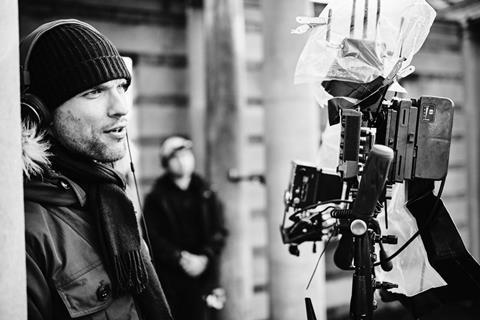 UK actor Ed Skrein, best known for roles in Deadpool and Game Of Thrones, has moved behind the camera for his directorial debut, the short film Little River Run. The 15-minute film will have its world premiere as the opening title in the ‘Teen Shorts: We See You’ strand at the UK’s Encounters Film Festival in Bristol on September 29.

It follows two teenagers searching for solitude amid the whirl of inner city London. Skrein shot the film across three days in November 2017, in a gap between two of his acting projects – Barry Jenkins’ If Beale Street Could Talk and Agustí Villaronga’s period piece Born A King.

Skrein invested in the £19,000 film himself and raised further financing from other private sources and the Stefan Allesch-Taylor shorts fund. A former Screen Star of Tomorrow in 2013, Skrein explains why the film was inspired by his charity work with young people in London.

Why did you want to tell this story?

I wanted to show reality of the young people I know in London. If I only read the newspapers I would think our city is going to ruin. Through the charity work that I do with The Big House theatre company [a theatre company working with young people leaving care homes, who are at high risk of social exclusion], I see the most amazing, bright, optimistic young people - a lot more well-rounded than I was at that age. I wanted to touch on racial stereotyping of course, but also the stereotyping of young people in general, and the lack of empathy and love we have for them.

Why do you think it is important to represent these issues?

Being a young person is a confusing, scary time. A lot of the kids in our beautiful city are growing up without a structured family home; that means simple things like not having breakfast in the morning, not getting a good night’s sleep, not being able to wash their clothes properly. These things make a difference, these things matter. A lot of youth centres have closed down and funding has gone under the Conservative government.

Do you have ambitions to move into feature filmmaking?

It’s about whether it’s the right project. A feature seems like the logical direction. I have already written another short which I’m hoping to shoot at the beginning of next year. It’s a sci-fi two-header set in East London, about two people communicating through everything except for words. 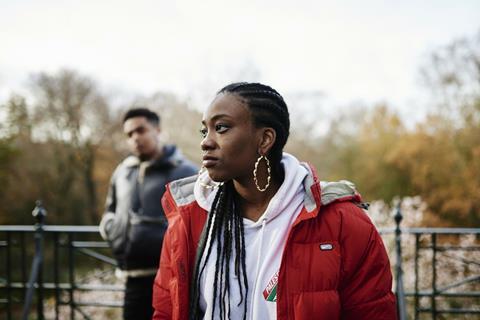 How are you balancing directing with acting?

The priority will categorically be acting. I’m starting to get to a point where I’m doing what I want to be doing, where I’m starting to work in the circles that it feels right to be working in. The directing is helping me become a better actor - I have a lot more to do in the acting world.

You stepped down from a part in Hellboy after a controversy over your casting for the role of a Japanese-American character. How do you feel about that decision a year later?

It felt like the right thing to do during it, and it still feels like the right thing to do now. Last week I was out in Hawaii shooting [Roland Emmerich’s] Midway and I had lunch with Daniel Dae Kim, who took my place as Ben Daimio in Hellboy. He’s a brilliant actor and perfect for the role. It’s been wonderfully reassuring to hear how much it meant to people, to a lot of my friends in my neighbourhood. That was a big reason why I made the decision.

You wrote at the time that ‘representation of ethnic diversity is important’ – is it better than a year ago?

‘Improving’ is the most accurate word. We should be grateful and thankful for the improvement, and we should be impatient and restless for further improvement.

Screen’s UK Stars of Tomorrow 2018 are announced on October 4. What are your memories of being a Star in 2013?

It was just a complete honour. I was really surprised – I just thought ‘You fools! Why do you think I’m a star?’ I think that really gave me confidence; when other people believe in you it makes you believe in yourself more. That’s what I wanted to do with this short film.