British Council partners with Sheffield Doc/Fest and Docudays UA on the training and mentoring programme. 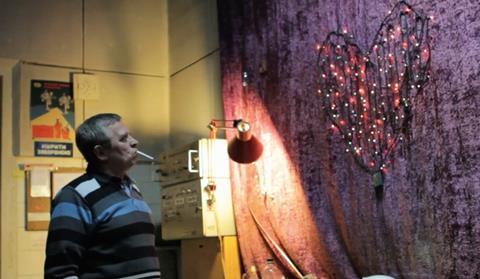 The three-stage feature documentary training and mentorship programme sees six producer-director teams - three from the UK and three from Ukraine - get hands-on guidance from leading industry professionals from both countries.

After participating in workshops taking place at this year’s Doc/Fest and Kiev early next year, the teams will pitch their projects to potential funders in March 2017. The UK mentors are Andre Singer, Jo Lapping and Jerry Rothwell, while the Ukraine mentors are Audirus Stonys, Yulia Serdyukova and Boris Mitic.

“We are delighted to be partnering with Sheffield Doc/Fest and Docudays UA on this project to support the development of emerging talent in Ukraine and the UK,” said Christine Bardsley, Film Programme Manager at British Council.

“Now that Ukraine has joined Creative Europe, we want to help their cultural and creative industries make connections with international partners and access the range of opportunities this membership offers. We hope this project will help the new generation of filmmakers achieve the market access and international platforms they deserve.”

For DocWorks participant Oleksiy Radynski, attending Sheffield Doc/Fest is about challenging the conventions of the documentary film industry from within. “I’ve never thought of waiting for funding to be secured before starting to work on a film, and I’ve never tried to adjust my projects to the tastes and preferences of industry professionals,” he notes.

“I’d like to use my participation in Sheffield to spread these ideas and practices. But, who knows, maybe at the end of the day, I will change my approaches instead.”

The Ukraine participants are detailed below, and the UK teams are Loyalty versus truth in Ukraine’s director Edward Cowley and producer Chris Bevan; (N)OSTALGIA: The Pleasure of Ruins’ director Vicki Thornton and producer Marion Guth; and The Return’s director Simon Hipkins and producer Dominic Hipkins.

The Ukraine delegation is one of 15 international delegations attending Doc/Fest this year.

Oleksiy Radynski, director, The Great Accelerator
A filmmaker and writer based in Kiev, Oleksiy Radynski is a member of the Visual Culture Research Center, and his 2015 film People Who Came To Power (co-directed with Tomas Rafa) won the main prize at this year’s Docudays. He is at Sheffield Doc/Fest with The Great Accelerator, which unveils the legacy of visionary Kiev-based computer scientist Victor Glushkov.

Lyuba Knorozok, producer, The Great Accelerator
Lyuba Knorozok is at Sheffield Doc/Fest with her latest project The Great Accelerator, after recently producing projects for BBC World News and European Cultural Foundation. Her past films include Integration (2014) andPeople Who Came To Power (2015), and her projects have competed at the likes of Oberhausen and T-Mobile New Horizons.

Yuriy Shylov, director, Panorama
Having screened his short of the same name at this year’s Docudays UA, Yuriy Shylov is at Sheffield Doc/Fest with the feature-length version. Panorama centres on a projectionist who is struggling to adapt to life after retiring from 44 years of work in the oldest cinema in Kiev.

Sashko Chubko, producer, Panorama
A graduate of Kiev Mohyla School of Journalism, Sashko Chubko also took part in the Sergei Bukovsky Documentary Workshop. Here at Sheffield Doc/Fest as producer of Panorama, he has worked as an assistant producer on feature, documentary and TV projects since 2013.

Oksana Kazmina, director, Underwater
Oksana Kazmina has worked as a journalist, script writer and TV director for eight years, and started to produce her own shorts, experimental videos and music videos in 2011. Last year, her short film My Crystal screened out of competition at London’s Open City Documentary Festival. She is at Sheffield Doc/Fest with Underwater about a fearless pearl Ama divers who go up to 25 metres deep without any equipment.

Ljosha Chashchyn, producer, Underwater
After graduating from Taras Shevchenko National University of Kiev, Ljosha Chashchyn started working for the Molodist Kiev IFF in 2006 and has worked at TV channel Ukraine since 2009. Ljosha has curated Ukraine’s main LGBT film event and award, Sunny Bunny, for the past three years. He is at Sheffield Doc/Fest with Underwater, his first feature-length documentary film as producer.

Other Ukrainian delegates to 2016 Sheffield Doc/Fest

Svitlana Shymko, filmmaker
A graduate of the DocMads international MA programme in documentary film directing, Svitlana Shymko was the winner of the British Council in Ukraine prize in the Guardian Goes Ukraine project for her Leninopad film. Her thesis film, The Doctor Leaves Last, received a special mention at Docudays UA in 2015 and has been shown at numerous international festivals.

Kateryna Gornostai, filmmaker
Kateryna Gornostai returned to Kiev after graduating from the Documentary Film and Theatre School in Moscow, and has been the curator of projects at the My Street Films contest of the 86 festival since 2015. Her short films Away and Maidan Is Everywhere have won awards at the Odessa Film Festival and Docudays UA, respectively.