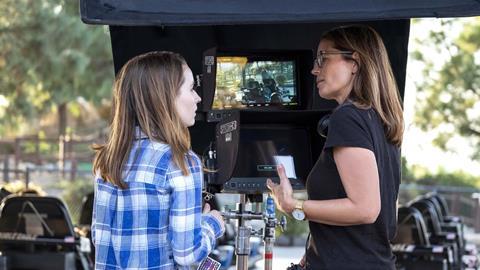 Showrunner Susannah Grant knew it would be hard for viewers to engage with the real-life subject matter of Unbelievable – a rape investigation that is woefully mishandled by the police – but was also aware audiences would lose interest if the show bore the hallmarks of Holly­wood storytelling.

“Sexual assault is something people spend tons of energy running away from, and I couldn’t give people one reason to turn away,” says Grant of the Netflix show, which is both a gripping procedural and an indictment of a culture that mistreats female rape complainants and discourages victims from coming forward.

Kaitlyn Dever (Booksmart) plays 18-year-old Marie Adler, who reports a rape in her bedroom by an unknown assailant and is charged with false reporting when she becomes confused and intimidated by the bullish male investigators, ultimately withdrawing her account. Adler is later vindicated when her case comes to the attention of formidable detectives Grace Rasmussen (Toni Collette) and Karen Duvall (Merritt Wever) who have been probing similar attacks many miles away.

The eight-episode show shot in 2018 and was inspired by ‘An Unbelievable Story of Rape’, a Pulitzer Prize-winning collaboration published online by non-profit news organisations The Marshall Project and ProPublica, which chronicled rapes in the states of Washington and Colorado. Lisa Cholodenko (The Kids Are All Right) directed the pilot and other episodes, alongside Grant and Michael Dinner.

Unbelievable had no time for the veneer of Hollywood. “I knew that if it was inauthentic, credibility would just be eroded and its weight and validity would be compromised as well,” says Grant. The production consulted with Adler herself, an executive producer on the show, and liaised with a former sheriff’s department and Special Victims Unit officer. The search for authenticity extended to every detail including wardrobe: the department head ensured clothes were hung out before scenes so they would look as if they had been worn all day.

After reading the source material, Grant saw an opportunity to reach a wide audience on a “viscerally emotional level. There’s so much about sexual assault, statistically and theoretically in terms of sociology and criminology, but the actual emotional experience has been a very lonely, very private one for a lot of people, because there’s so much misappropriated shame around it.”

Grant, a veteran Hollywood writer who was Oscar nominated in 2001 for her Erin Brockovich screenplay, took the idea to producer Sarah Timberman, who had already been approached by executive producers Michael Chabon and Ayelet Waldman. The executive producer team, which included broadcaster Katie Couric, took the idea to show producers CBS Productions, and then on to Netflix, who gave the greenlight immediately.

“This was before the #MeToo movement had hit,” says Grant. “I give [Netflix] a lot of credit for being hungry to engage on this issue but also for really reading what was in the air, which was everybody saying collectively that time’s up on the silence around this.”

The structure of the show demands close attention and is initially framed within Adler’s perspective, all the while spliced with subliminal flashbacks as she gives statements to law enforcement and endures medical check-ups. “Her account of the event is the debated fact at the centre of the whole story, so it was important for us to see it as she was telling it,” notes Grant, who wanted to avoid the “widespread rape-porn imagery that is out there in our culture” and “make the viewer not a voyeur of violence, but understand what it is to be a victim of violence”.

On screen, Collette and Wever share an engaging mentor-protegée chemistry and are the driving force behind the investigation of the case. “It felt like the relationships I’ve had the past,” notes Grant. “Professional relationships that have turned into friendships, where you don’t baby each other, it doesn’t turn into girls’ night out. It’s two people seeing each other clearly, pushing each other to be their best selves, giving each other shit when that’s the thing to do.”

Yet detectives Rasmussen and Duvall do not appear until well into the second episode. This was deliberate, as Grant knew Netflix was preparing to drop the entire series on its platform in September 2019.

“[Netflix] shared with us that most of their viewers will consume their shows in two-episode chunks,” she notes. “So that makes a huge difference in how you write the pilot. If you know that the large percentage of your audience is going to stick around and watch the second one if they like the show, then you can do things like not introduce Merritt Wever until 10 minutes into the second episode and not include Toni Collette until the final minutes of that second episode.

“It gave us time to ride that journey with [Adler] in a way that I think made it more rewarding for audiences,” she continues. “I think it’s really frustrating for the audience to watch, but I think they understand her journey and the journey of the detectives a lot better because we had the luxury of time there.”

For Dever, telling the story of Marie Adler was the hardest thing she has done. When the actress landed her first solo lead role in Unbelievable, it came shortly after production had wrapped on Booksmart, Olivia Wilde’s breakout high-school comedy in which Dever starred opposite Beanie Feldstein.

The #MeToo movement was in its infancy, but Dever wanted to tell what she saw as a story of courage – one that highlights how rape victims continue to be doubted and mistreated. “I learned so much about trauma and how it affects people and the statistics behind the backlog on rape cases,” she says. “It’s just mind-boggling and so frustrating.”

Dever says she surprised herself by staying in character throughout the late 2018 shoot. “I’m not normally a method actor and I realised there are some things you can’t plan… I’ve kind of taken that mindset with me on projects I’ve done since.”

When she researched the role – reading the article ‘An Unbelievable Story of Rape’, the book A False Report, and listening to an episode titled ‘An Anatomy of Doubt’ on podcast This American Life – Dever says her heart broke for Adler. Yet she was also struck by the feeling of hope. “I had the urge to bring her to life,” she says, adding: “I wanted to capitalise on her happier moments because, in the first episode, she’s just trying to be the happiest she can be.”

Dever consulted with Grant and pilot director Lisa Cholodenko, but decided not to meet Adler to “respect her privacy and her space”. Later, when she was promoting Unbelievable, Dever read an email in which Adler praised her performance and said it brought closure to the event. “It blew me away and brought me to tears,” she says. “I don’t need anything else after hearing that.”

Now weighing up her next projects, Dever recalls how until Annapurna’s Booksmart gave her that all-elusive lead role (opposite Feldstein), she had been acting in the odd feature and appearing in TV show Justified. “I’m really grateful to the Annapurna team for saying, ‘We believe in you,’” she says. “Going straight from that to Unbelievable… I’m still processing it.”