Hunter has worked for Screen International since 1990, as a film critic and features writer. He is based in Edinburgh and is also co-director of Glasgow Film Festival. 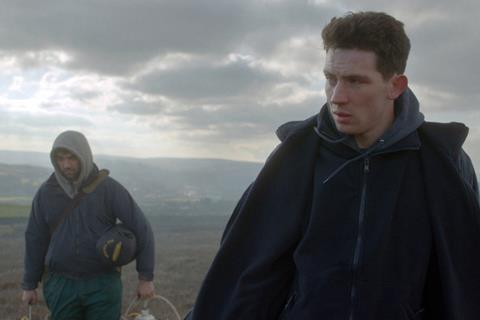 Dir: Francis Lee
So much more than the ‘British Brokeback Mountain’, God’s Own Country marked an auspicious debut from Francis Lee. His intense, immersive romantic drama matches the bleakness of its Yorkshire landscapes with the inner turmoil of a dour character struggling to express his emotions. Excellent performances from Josh O’Connor as farmer Johnny and Alec Secareanu as Romanian farmhand Gheorghe — and how refreshing to see gay characters who are comfortable with their sexuality, even if complex relationships are more tricky. There is a raw honesty to the whole film, and a sense of compassion that is hard-won and deeply felt.
CONTACT: Protagonist Pictures

2. You Were Never Really Here

Dir: Denis Villeneuve
A majestic, uncompromising beast of a film from Denis Villeneuve via Tarkovsky, mixing wondrous images and thought-provoking reflections on what it means to be human.
CONTACT: Sony pictures

Dir: Paul King
Witty, inventive and bursting with good cheer, the Paddington sequel is utterly delightful, and just the tonic for whatever ails you.
CONTACT: Studiocanal

Dirs: Agnes Varda, JR
The combination of Agnes Varda and photographer/muralist JR is simply irresistible in this joyful celebration of the urge to be present in the world and create art.
CONTACT: Cohen Media Group

Dir: John Carroll Lynch
The late Harry Dean Stanton could not have asked for a more fitting swansong than this touching tale from actor-director John Carroll Lynch. An endearingly laid-back salute to a seemingly indestructible 90-year-old coming to terms with the inevitability of death, this is wise and wonderful filmmaking with a central performance that deserved more attention in the awards-season conversation.
CONTACT: Magnolia Pictures International