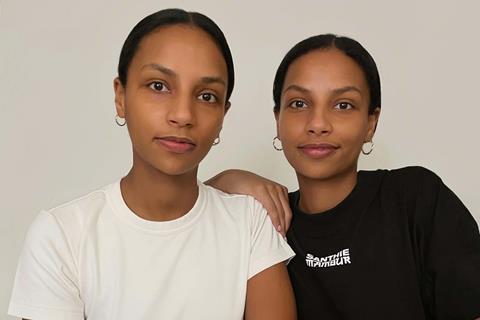 French-Senegalese twins Alicia and Anaïs Poirier N’Diaye grew up around their mother’s restaurant in Normandy. Their passion for film began as children, even though there were no cinemas nearby and no family members who shared their interest. “We knew we wanted to work together and in the film industry,” recounts Anaïs. “We oriented all our studies in that direction.”

They achieved this ambition in 2018 when both were hired to work at Paris-based Les Films 26. The company specialises in distributing feature films in French-speaking Africa and the Maghreb. It has been part of the Metropolitan Filmexport group since the year the sisters joined. “As it’s a small structure, we’re across everything,” says Alicia. “We liaise with the cinemas about their needs, handle acquisitions, and oversee the physical and digital marketing campaigns.”

Aside from supporting the releases of Metropolitan Filmexport and US studios such as Disney, Sony and Warner Bros, they also scout individual titles they think hold potential or are requested by clients. A recent coup was securing Japanese action fantasy Demon Slayer: Mugen Train from Toho for release in Tunisia and Morocco. “We’ve done a lot of work to build our Japanese animation offering after we realised there is real demand, also releasing films like Dragon Ball Z and One Piece: Stampede,” says Alicia.