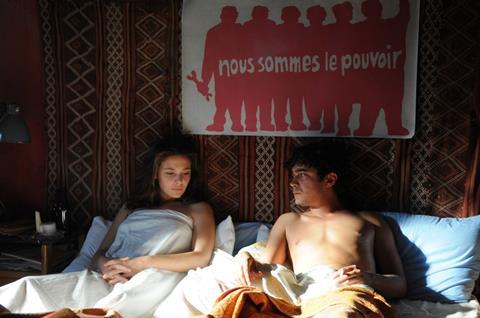 The revolution is photo-shopped into a glossy coming-of-age melodrama in Italian actor-director Michele Placido’s long-gestating semi-autobiographical film set against the student and workers’ protest movement that erupted in Italy in 1968 and 1969. Placido delivers a well-packaged commercial prestige item with decent dramatic traction and few rough edges which is a good fit with the style of production company and Italian distributor Medusa, even if he takes few artistic risks here.

There’s little here that’s fresh or original; even the occasional use of ‘edgy’ handheld camerawork

Placido’s approach is not without potential box-office pitfalls. Those who lived through the events recounted in the film may resent the director’s airbrushed view of history, and younger generations potentially attracted by hot young leads Riccardo Scamarcio, Luca Argentero and Jasmine Trinca could be put off by the association of ‘68 with parental nostalgia trips.

Still, Medusa should notch up decent results at the more highbrow end of the multiplex spectrum at home. International sales are a different story. Though it covers some of the same historical ground, Il Grande Sogno (literally ‘The Big Dream’) lacks the quirky, rangy appeal and original story structure of Marco Tullio Giordana’s The Best of Youth, and may struggle to disembark in more than a handful of territories outside of co-production partner France.

Good-looking cop Nicola (Scamaracio) really wants to be an actor–so his superiors decide he’s perfect for undercover work, and send him in to a university faculty which is being occupied by Catholic social activist Laura (Trinca) with a bunch of other revolutionaries –including Libero (Argentero), a fiery student Communist who is one of the ringleaders of the protest.

A triangle is soon established as Laura falls for the womanising Libero but also leaves the door open for Nicola, who passes himself off as a fellow student and begins to dutifully court the bespectacled beauty.

All three leads –especially the ever-watchable Trinca –put in committed performances, and if the cliché-ridden script plays out with a reasonably potent dramatic charge, it’s largely thanks to them. But there’s little here that’s fresh or original; even the occasional use of ‘edgy’ handheld camerawork, desaturated stock and archive-style footage adds little depth, acting more as a dutiful nod to prevailing cinematic fashions.

The production and costume design –all Vespas and v-necks –are pleasing to the eye, though, and the soundtrack of late sixties Italian and US rock and pop classics will appeal to nostalgics.