Rome Film Festival (October 26-November 5) and international market MIA (October 19-23) have carved out separate dates in the calendar this year. Screen assesses a changing landscape — for the festival and for Italian cinema. 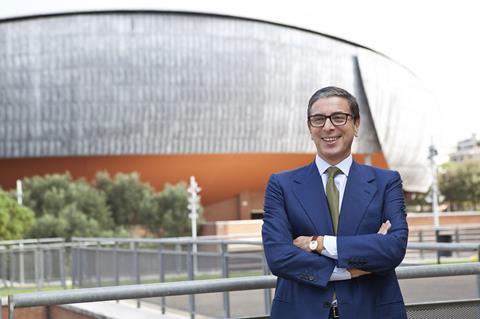 Moving from its traditional mid-October slot, the 12th edition of Rome Film Festival will run October 26 to November 5, a shift in dates that is not without precedent for this event. Festival director Antonio Monda reveals that the date move for 2017 was in fact agreed three years ago by his predecessor Marco Müller, in a deal with venue Auditorium di Roma to accommodate another event. “The options were either to move the festival somewhere else or to slide a little later in the calendar,” explains Monda.

In his third and possibly final year as director, Monda believes his “fest” has succeeded in being different. “The bigger festivals are more and more red-carpet oriented and less daring to explore new auteurs,” he says. “Although we don’t despise the great names, last year we took a risk opening with Moonlight.” 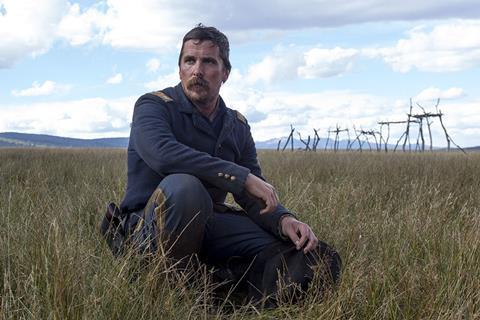 Already notably selective when it comes to Italian cinema, Monda faced a tough programming challenge this year due to Venice having already selected an unusually high number of national productions. “We don’t need a big Italian selection,” he declares. “We’ve got only two films this year and we’re fine.” One is the Taviani brothers’ A Private Affair, while the second was unannounced as Screen International went to press.

As usual, the festival is augmented by Alice In The City, the autonomous section dedicated to family and teen movies. Older than Rome Film Festival itself, the event is turning 15 and facing its future with an emphasis on women. Featuring a competition that is open to groups of school children, and more adult sections dealing with tougher themes concerning childhood and growing up, this year “at least four out of 10 of our movies are either directed by women, written by women, or about female issues”, says Gianluca Giannelli, who curates the Alice In The City section together with Fabia Bettini.

Special screenings of TV series Skam will also be featured as well as AMBI Group’s children’s-adventure movie Beyond The Sun, which features an appearance from Pope Francis.

The festival may have moved back in the calendar but the International Audiovisual Market (MIA) remains in its traditional October slot, and now precedes the main public event. Not being linked to the Auditorium di Roma’s venue has its perks, so MIA has moved physically just a few metres, from Piazza della Repubblica to Piazza Barberini, and confirmed its dates from October 19-23.

It is the perfect slot, as MIA director Lucia Milazzotto explains: “It’s right after MIPCOM, but well in advance of AFM, with a strong focus on the European product that usually gets watered down in those huge markets. While the festival has to deal with many variables relating to the city, our only commitment is to the international buyers and sellers, and their movements.”

At press time, films submitted to the market were 20% up from 2016. “Film markets are strong when their territory is strong, and now Italy is increasing its appeal,” says Milazzotto. Indeed, several of the projects that MIA has followed in its three-year history debuted to international success during 2017, including Susanna Nicchiarelli’s Nico, 1988 (best film in Horizons at Venice Film Festival), Ammore é Malavita (in Competition at Venice) and Roberto De Paolis’s Pure Hearts (Directors’ Fortnight at Cannes).

The three legs on which the market is built equally (film, television and documentary) have all increased in the 2017 edition. With 50 projects selected for the co-production market, three pitching sessions (one each for films, documentaries and TV series), a healthy number of panels plus a focus on VR for documentaries, MIA aims to grow in stature. Says Milazzotto: “The goal now is to increase the quality of our offer year on year, follow more in-depth the individual projects and anticipate the trends.”

This is why MIA is featuring talks on gaming, with game designers discussing issues of creativity across different media; panels on animation, exploring how studios are dealing with transmedia and technology; and a continuing focus on young-adult projects (in a partnership with Alice In The City).

As always, Italy has a privileged seat at MIA (which is produced by both the national associations of TV and cinema producers), with a section dedicated to its upcoming films called What’s Next Italy that will feature Costanza Quatriglio’s Just Like My Son, the first foreign film shot in Iran in more than 50 years, and a new TV session showcasing Italian series shooting in 2018.

THE BIG PICTURE: THE CHANGING LANDSCAPE OF ITALIAN CINEMA

A new law addressing all aspects of the Italian film industry, from production to distribution to exhibition, was promulgated in November 2016, and may be finalised in the coming months. It is the first attempt in decades at organising the whole industry, and is being put into effect through single area decrees.

Francesca Cima from Indigo (The Great Beauty), who is also the head of the producers association, explains: “We will now be forced to reinvest part of the money [into another production], otherwise it won’t be possible to access tax credit benefits.”

The government is almost doubling its investment in production with a strong merit-based approach. Debut and second features have a dedicated fund, but all other productions will be granted funding according to a director’s box office or artistic results (such as festival play and awards). “The aim is to help movies that have a chance outside of Italy to think bigger,” says Rai Cinema CEO Paolo Del Brocco, “and at the same time lure foreign investments with our incentives.”

This revolution comes at a time of transition for Italian cinema. While a new slate of genre-bending movies created by new names (They Call Him Jeeg, I Can Quit Whenever I Want, Italian Race) has connected with audiences, box office overall has plunged in 2017 — to date, 2017 is down 14.5% compared with 2016 — especially for Italian movies.

“The audience is tired of comedies,” says Del Brocco. “We are trying to steer them towards high-concept plots that appeal to a broader public with a fusion of different genres, such as recent Venice contender Ammore é Malavita, a crime-musical-comedy. But it takes time.”

In addition, several production companies feel that declining box office is linked to old-fashioned distribution models, and have joined forces with TV operator Sky to launch a new company called Vision to target specific audiences, promote movies far ahead of release and hone a strategy for the distribution of each title. The drop in the national box office has also prompted many producers to look abroad for their audience: for these, the strategy is no more local stories, no more local humour or themes that appeal only to Italian audiences.

Theatrical box office remains a crucial metric, especially for access to new funds – too much, according to Cima. “We can’t any more value our movies according to box office,” she says. “VoD, pay TV and home video are more important than before, and a movie may perform better in those markets than in theatres.”