Screen talks to Daniel Susz in his first year as head of Israeli competitions at Jerusalem Film Festival. 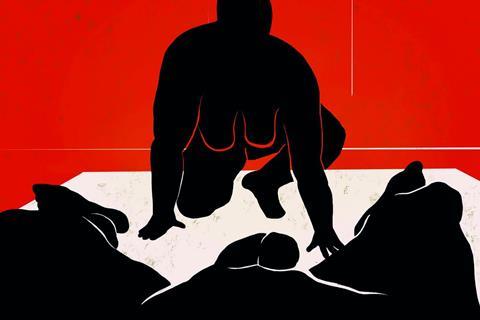 Short films are an essential part of the Israeli film landscape and Jerusalem Film Festival (JFF). “Israeli filmmakers make a lot of short films,” notes Daniel Susz, the newly appointed head of Israeli competitions at JFF, who is responsible for the local dimension of the festival’s programme, notably the documentary and shorts competitions. “For up-and-coming directors, it takes a long time to get the first feature funded so short films are an important creative outlet for them, not only as a showcase for talent but also an important medium in itself.”

Susz should know. His short film The Revolution screened in the Israeli Short Film Competition at last year’s JFF. Now he works with a special committee comprising local film professionals and filmmakers to select the programme. “Once we have seen all the entries, we have an intense debate in which we choose a selection of what we believe are the most powerful, original and innovative Israeli films this year,” Susz says.

He identifies repression as a recurring theme in this year’s line-up. The films include Aleeza Chanowitz’s Shabbos Kallah, about Elka, an immigrant in Israel who struggles to keep her mouth shut at her friend’s pre-wedding social event.

Also screening is Worth Every Penny, a product of 10 directors from the Sapir Academic College. The 14-minute animated documentary looks at posts written by consumers on online sex forums, and testimonies of women in the sex industry.

The Israeli Short Film Competition is the centrepiece of JFF’s short-film strand, which also includes screenings of international shorts. It comprises 18 films, and all but four of them are by filmmakers from Israel’s vibrant film schools this year. Last year 13 of the 20 short films were by local film-school students. The short films span all genres and the selection includes five animations and three documentaries.

The festival is also screening the 2018 Oscar nominees for the live-action and documentary short films as well as the films from the European Film Academy’s Short Matters! programme.

Some 220 short films were submitted for consideration in this year’s selection, which is a return to 2016 levels after a slight drop last year. Susz was impressed by the quality: “We have a really good programme but we also had to turn down other great films.” 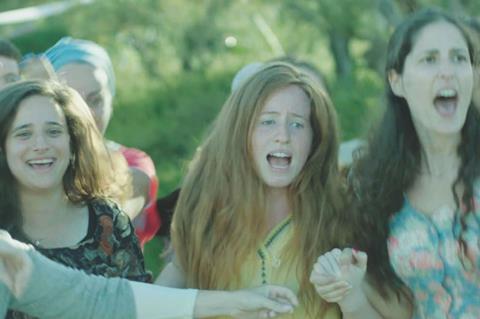 He points out half of the 18 films were directed or co-directed by women. These include Lihi Sabag’s Oshri, about a woman attempting to get close to her one desire, and Mor Israeli’s animation Clapotis, set during a winter’s afternoon in a swimming pool.

Sabag won the best documentary award in the Israeli Shorts Competition last year for A Ray Of Light (Keren Or), while Clapotis is the only work in this year’s line-up to have originated from outside of Israel, coming from La Poudriere in Paris.

Many of the short films are screening as world premieres at JFF, although several have already won acclaim on the international festival circuit. Ines Moldavsky’s The Men Behind The Wall won the Golden Bear for best short film at this year’s Berlinale; Oren Gerner’s Gabriel screened in Short Film Competition at Cannes; and Atara Frish’s The Love Letter received a special mention at Tribeca Film Festival in April.

As a director himself, Susz has used his experience to inform his first year in the position. “When it comes to sensitivity around working with filmmakers, understanding what kind of process they’re going through is important,” he says. “Some of my insight on film comes from being a filmmaker, but at the end of the day it’s a subjective role.”

He is aware of the influence his choices have in wider Israeli culture. “It’s a role that comes with a lot of responsibility, in a festival with this status in an industry of this size,” he says. “We’re always looking for a broad and diverse programme. Of course, the most important thing is cinematic excellence, but we’re also interested in creating something diverse both cinematically and culturally.”