Having evaded the perils of the pandemic with a largely digital 2020 edition, BFI London Film Festival director Tricia Tuttle is back with a big, bold and primarily physical event. 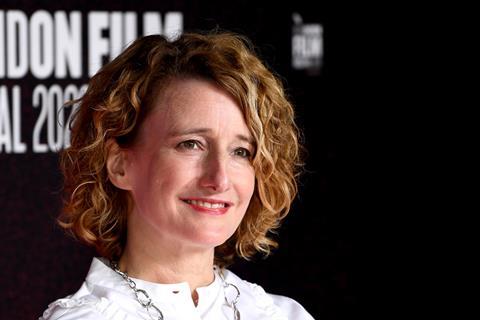 After the 2020 BFI London Film Festival (LFF), which was massively impacted by the Covid-19 pandemic including a drastically reduced features line-up that was primarily delivered online, you might think the 2021 edition has proved less stressful to plan. After all, in look and feel, the festival hews closer to the template BFI festivals director Tricia Tuttle delivered in her first two years at the helm — in 2018 and 2019 — and the one she inherited from her predecessor Clare Stewart.

But the truth is otherwise. This year’s programme of 160 features, 75 shorts, eight TV episodic works and 18 titles in the immersive LFF Expanded strand sees the festival return to a large physical footprint — one that was essentially jettisoned in 2020. That brings greater risk in terms of hire fees — including the vast Royal Festival Hall Southbank Centre, the festival’s new home for galas, special presentations and the official competition.

Months ago, when the format and budget of the festival were being formulated against the backdrop of an ongoing pandemic, the BFI had to take the plunge and commit to a large-scale physical festival, with all the attendant risks and rewards. “It’s been terrifying, actually,” says Tuttle.

In 2020, when London screenings were confined to BFI Southbank, there were essentially no venue hire fees, and the festival budget was based on two of the LFF’s three traditional revenue pillars: sponsorship and public funding, eliminating box office from the equation. This year, the festival needs to sell a lot of physical tickets. In 2020, costs spiralled downwards, with no talent travelling from overseas and a significantly reduced festival staff; this year overseas delegates and talent are invited.

“At a certain point, in April or May, the BFI had to go, ‘We’re hopeful we’re going to deliver a vision of the festival that aligns with our long-term strategic goals,’” says Tuttle. “But, of course, there’s a massive risk. Had we needed to go 30% [audience capacity], like last year, it would be pretty ruinous. But we’ve been watching things over the summer, and everything has been moving in the right direction.”

Aligned with current trends in UK cinema exhibition, ticketing is operating up to maximum venue capacities — at least at London venues, which the festival is itself selling. Like last year, the LFF is also partnering with 10 independent cinemas across the UK — including Home Manchester and Glasgow Film Theatre — which will sell their own tickets to a selection of up to 16 titles, sharing revenue with distributors. (Unlike last year, “there is a small share for BFI this year,” advises Tuttle. “It’s enough so that we can deliver our partnership tickets and so that we have an audience stake in those screenings.”)

The regional venue partnerships reflect one of the festival’s strategic goals announced in early March 2020, before Covid-19: spreading the festival nationwide; developing the for-free offer; refining the industry programme to focus on presenting UK talent to global visitors; and adding more series and immersive content into the overall programming mix. Those goals, say Tuttle, have remained in place.

While the 160 features in this year’s selection represent a significant increase on last year’s 60, the festival has not returned to its previous size — for example, in 2019 there were 229 features.

“It’s 100% curatorial,” says Tuttle of LFF’s downsizing. “I had been wanting to slim down the feature film programme for a long time, but it’s very difficult once you’re mapping a programme onto a venue footprint that already exists. This year was an opportunity to go, ‘This is how many films we want to programme. What does that look like on our venue map?’ It’s totally about programming priorities.”

With the caveat that venues will fluctuate from year to year, as they have always done with the festival, Tuttle adds: “This model of London screenings being focused in a tight geographical area, 150-160 feature films, the UK-wide partnerships, and some element of online for the film programme, that feels settled and right and achieves all the things we want to achieve with the festival.”

At press time, 27 films are being delivered digitally, in addition to receiving physical screenings — “so we can introduce access for audiences, if you live outside of London or are not ready to be in a cinema with loads of people,” says Tuttle. Like last year, these titles are available in timed slots and geoblocked to the UK. Tuttle concedes that while she has sought to strike the right balance with the digital selection, at the end of the day she is beholden to rights-holders being happy to go there. “I wouldn’t say it’s 100% curated, but it is a shaped programme,” she says.

Last year, with 56 of the 60 features available digitally, 40% of the audience came from outside London. The festival achieved a total audience of 141,000 for physical and digital screenings and LFF Expanded attendances — including press and industry and education screenings. That number rose to 315,000 when the digital talks and events, available globally, are added in.

The Royal Festival Hall partnership this year solves a problem that has long plagued the festival: since Odeon Leicester Square closed for refurbishment in 2018 and reopened a year later with vastly reduced seating capacity, the LFF has lacked a single large auditorium for gala screenings. Pre-Covid, the solution had been twinning venues with staggered start times, typically using a big Leicester Square cinema and the Embankment Gardens pop-up.

“We’ve been having conversations for several years with lots of different large-scale venues in London, about the viability of a) taking over for 12 days and b) how you can turn a big space that’s not a cinema into a cinema,” says Tuttle.

She credits her colleague Anu Giri, festivals head of business and operations, with getting the Royal Festival Hall deal over the line. The festival is installing an 18-metre screen with 7.1 surround sound, and Tuttle promises “all the sightlines are going to be terrific”.

“We are paying a [hire] fee,” she adds. “It is a hire with a cultural partnership around it as well.”

In advance of unveiling the main line-up for the festival (October 6-17), the BFI announced the opening and closing night films, as well as the gala for principal partner American Express — Jeymes Samuel’s western The Harder They Fall (a world premiere), Joel Coen’s The Tragedy Of Macbeth and Jane Campion’s The Power Of The Dog. All three are titles backed by streamers, and none qualify as British — raising a few eyebrows across the UK industry.

Tuttle concedes “there is an expectation” in the UK industry that the festival opener or closer will be a British film. “But opening and closing have to do lots of different things — and one of those for us is they have to be a European premiere or higher.”

While highlighting the strong UK elements of the festival’s top three titles — including the nationality of The Harder They Fall director Jeymes Samuel and star Idris Elba, the source material for The Tragedy Of Macbeth, and the UK elements of The Power Of The Dog (producers Tanya Seghatchian and Iain Canning, and star Benedict Cumberbatch) — Tuttle also comments, “I haven’t looked at this year on year, but it’s possibly more British than any top tier we have ever presented. There’s a big UK talent and production story here, and all of these films tell an exciting story about what’s happening in the UK.”

This year’s festival takes place amid a period of flux at the BFI and in UK government. Nadine Dorries was appointed culture secretary in September. Tim Richards joined as BFI chair in February. Mia Bays recently arrived as director of the BFI Film Fund. And the BFI is recruiting for three executive director roles: of public programme and audiences, of technology and digital transformation, and of knowledge and collections.

Over the years, the LFF has benefited from its position in the calendar and geographically as an essential component of awards season, providing the launch for Bafta campaigns, and with talent taking the festival opportunity to connect with UK-based Bafta and Oscar voters. This was less the case in 2020 with the reduced line-up, and only one of the eventual eight best picture Oscar nominees — Chloé Zhao’s Nomadland — played the festival. Several other LFF 2020 titles, however, including One Night In Miami, Another Round, Soul, Wolfwalkers and Time were all eventual Oscar nominees, while Limbo and Mogul Mowgli were in the Bafta mix.

“It was nice last year to see Chloé have that success, but I don’t have any regrets about the award season films that got away.”

Tuttle has no plans to go down the path of honorary festival awards or actor spotlights, as enjoyed by Johnny Depp at San Sebastian and Karlovy Vary this year. “I’m not a fan,” she says. “I’m not saying I’m not a fan of Johnny Depp. I’m not saying anything about Johnny Depp. But what I will say is what happened there, for both of those festivals, but particularly San Sebastian, is that you end up as a festival director talking about something that isn’t what you want to be talking about.

“Everyone wants to talk about the films and the filmmakers, and I wouldn’t ever want to put anything [like honorary awards in the festival], whether it was because that person was a controversial person, or because it’s taking attention away from those films. There’s so much to talk about in the festival itself.”

As for the future, “I would like the team not to have to reinvent the wheel every single year,” says Tuttle. “I cannot wish for a better programme than we have this year so it all turned out well. But it has taken a lot of blood, sweat and tears to get here. It does exhaust people trying to produce major international film festivals during a pandemic, when you’re constantly changing things. So I’d like a little stability, please.”