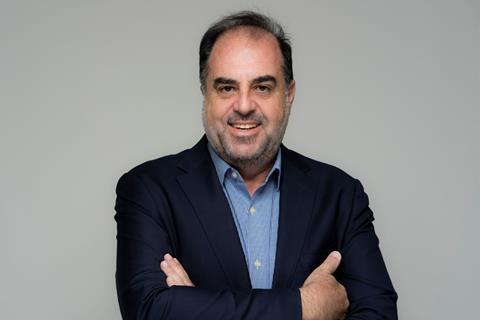 A new world-class media hub is being built at NEOM, a semi-autonomous region that stretches inland from the Red Sea. It will consolidate the region’s industry and provide everything from a wealth of production facilities to spacious film soundstages and access to stunning locations.

The executive behind this is Wayne Borg, NEOM’s managing director of media, entertainment, culture and fashion. Borg has more than 20 years of experience in the media and creative industries, working for Walt Disney, Warner Bros. and Pepsi as well as twofour54 in Abu Dhabi and Universal Pictures International business based out of the UK. Prior to joining NEOM, Borg was president and general manager of Fox Studios in Los Angeles.

With more than two decades of experience in the international media industry, what are you bringing to NEOM?

What I bring is a global industry perspective. I have worked in the region previously so I understand the nuances, where the opportunity is and how the gap can be filled. I can attract great industry people to be part of a team here and realise the ambition. I have tremendous passion for the region. I’ve spent a lot of time here and have been fortunate to intersperse that with my international industry career. I am humbled to be part of something as significant as this. It is not every day you get the opportunity to shape the future of an industry.

NEOM is playing host to international feature Desert Warrior, a Saudi feature and is set to welcome a regional TV series. Are you also looking to attract the likes of Bollywood and streamers?

Absolutely. Bollywood presents a huge opportunity. The Indian industry has always been renowned for seizing opportunities and seizing them early and is incredibly nimble and flexible. We are already having discussions with several key producers there. Again, our value proposition is resonating with them as it is with the international players, and the more established players from streamers and traditional broadcasters to some of the major studios and independent producers.

How many productions could NEOM host at one time?

Right now, we could host between two and three, but you need that critical mass. Having one production, sequentially, does not build a true media hub. There are a number of regional and international businesses that will benefit from consolidation and collaboration, in terms of efficiency, effectiveness, state-of-the-art equipment, and importantly, talent.

How will NEOM ensure productions are sustainable?

We start working with each production as they come in and deploy as much technology to meet their needs as necessary. That reflects the broader proposition NEOM has, to facilitate and offer infrastructure as a service and de-risk industry as much as possible, whether supporting productions, talent development or with an incubation space. That way the burden isn’t going to rest on individual productions or their businesses. We’ll bear that burden.

We recently announced that a major green hydrogen company will provide heavy-duty vehicles fundamental to production. We’re deploying technology to pull water from the air and can operate at very low humidity levels. We use solar-powered generators on set and have recently introduced electric motorbikes on set to reduce footprint. Our accommodation uses solar power. We are already becoming a plastic-free environment, so it is about reusables, and the ethos of reduce, reuse, recycle. That is at the heart of everything we are doing.

As part of your sustainability drive, NEOM will lean heavily on virtual sets. How many volumetric stages will you have compared to traditional soundstages?

It will be driven by demand but, at this early stage, we’ll have one in place as part about our initial facilities. Longer term, we are looking at somewhere between three to four stages. Again, it will be driven by industry and their demands and that is at the heart of everything we do.

What can international productions anticipate in terms of regulations in NEOM?

The way our laws and regulations are being written they will compete with the world’s best. You will see an alignment with other jurisdictions when it comes to decency and public taste.

NEOMNEOM is an accelerator of human progress and a vision of what a New Future might look like. It is a region in northwest Saudi Arabia on the Red Sea being built from the ground up as a living laboratory – a place where entrepreneurship will chart the course for this New Future. It will be a destination and a home for people who dream big and want to be part of building a new model for exceptional liveability, creating thriving businesses, and reinventing environmental conservation.