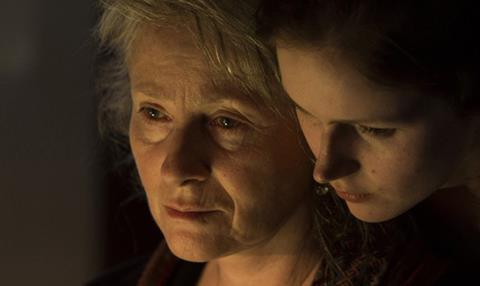 The Polish film industry is on a high. Agnieszka Holland’s Spoor, backed by the Polish Film Institute, screens at this year’s Berlin Film Festival in Competition and in 2016 there were a record 52 million admissions at the local box office. Of those 13 million were for domestic titles, a market share of nearly 25%.

It is a figure few other European countries can match, but local arthouse movies can be very big business in Poland. For example, Wojciech Smarzowski’s Hatred (Volhynia), the first film to deal with the highly sensitive and contentious subject of the massacre of Poles by Ukrainians during the Second World War, garnered 1.4 million admissions in 2016.

Now the Polish government is aiming to put Poland on the international location map as the Ministry of Culture and National Heritage pushes through a 25% cash rebate scheme that is set to give the industry a huge boost.

“The Polish film industry has earned an excellent international reputation in recent years and the only thing lacking has been financial incentives,” says Tomasz Dabrowski, head of Film Commission Poland, of how the industry has serviced projects such as Mick Jackson’s Denial, starring Rachel Weisz, various German productions including Florian Henckel von Donnersmarck’s Work Without Author and Korean crime drama Unfinished, directed by Noh Gyu Yeop.

All being well, the incentive scheme will soon be signed by the president and could be available as soon as this summer. The new incentive, available for local as well as international productions, will give producers a 25% rebate on qualifying Polish production costs. High-end TV drama should also be able to use the scheme.

With an annual fund of $23m (€22m),  the mechanism will be run on a ‘first come, first served’ basis. It should be easy to use for any productions that pass the qualifying test and the expected minimum expenditure in Poland. The aim is for the rebate to be paid to the Polish producer within a month of the application being made. If it works to plan, the scheme will be self-financing: the amount Poland earns in inward investment will cover the costs of the rebate.

This new measure will not affect the funding already available to international producers through the country’s regional film funds, the Polish Film Institute’s fund for co-productions and the recently established Polish-German Film Fund.

At the same time the government is investing in the film industry, Poland’s film community is anxious about some of the other policies of the country’s right-wing ruling party. Many expressed outrage at a now-infamous government TV broadcast ahead of a screening of Pawel Pawlikowski’s Ida on national broadcaster TVP last February, suggesting the events depicted in the film were misleading and wrong.

Fears the state-backed Polish Film Institute might bow to government pressure in what it chooses to finance have proved unfounded to date, however.

“The mission of the Polish Film Institute has in no way changed,” affirms Magdalena Sroka, head of the Institute.

Regulations regarding the functioning of the Institute, including its independence, have been clearly defined in the current Act on Cinematography of 2005, and MPs representing the party currently in power also voted in favour of this law.

Sroka is critical of the TVP broadcast ahead of Ida. “Explaining a work of art by additional captions is a mistake,” she says. “It’s different when it is agreed with the artist; then it becomes an integral part of the work. Audiences should be respected, as should their intelligence. They should be allowed to have an individual critical perception of any work of art, film included.”

She points to the legacy of the late director Andrzej Wajda, a towering figure in Polish cinema for more than half a century, who died late last year.

Wajda’s films had a knack of touching on sensitive subject matters and of exposing social and political tensions.

Sroka suggests his legacy is alive and well in the work of the younger filmmakers he taught and inspired. She cites titles such as The Last Family by Jan P Matuszynski, a biopic of surrealist artist Zdzislaw Beksinski that earned enthusiastic reviews in Locarno; Agnieszka Smoczynska’s debut film The Lure, a horror musical about flesh-eating mermaids; Bartosz M Kowalski’s kidnapping drama The Playground; and Tomasz Wasilewski’s Silver Bear-winning United States Of Love.