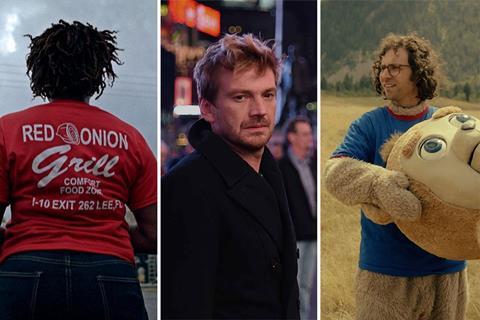 It is to be hoped that its two Independent Spirit nominations may lift this low-key story of a working-class black family in Florida out of the ‘undiscovered gem’ section and help it into the international marketplace. Life is a brilliant essay that packs a subtle punch.

Twenty years ago, Lindy served as a juror in a murder trial that sentenced a man to death. In this fascinating documentary, she visits her fellow jury members to see if they are eaten up by guilt as much as she is. A prickly road movie that doubles as an examination of the US criminal justice system.

Intimate, intelligent and perceptive, this portrait of a successful Argentinian actor who moves to New York for his career gives another angle to the tale of migration. Nico is a soap star in his own country but, in the US, he gradually realises that his status is downgraded. In the central role, Guillermo Pfening is rarely off camera; his flirtatious charm hardens as his parlous situation takes its toll.

A sweetly profound meditation on everything from home schooling and parental love to pop culture and the potential beauty of all things analogue, this adorable tale of a Kaspar Hauser-esque young man whose worldview is based entirely on a TV series aimed at kids — make that ‘a kid’, singular — suggests that people are innately trusting and good, society can only mess them up, and cinema can set them free.

A Spanish director working in the US offers a second film that could be very loosely considered a no-budget counterpart to Moonlight. Shot documentary-style, it is an intimate, zero-frills depiction of the relationship between an African-American working mother and her teenage son as they tackle their daily challenges — personal, economic and political — on the cusp of the Trump era. Incisive and deeply moving, with a superb non-professional cast. 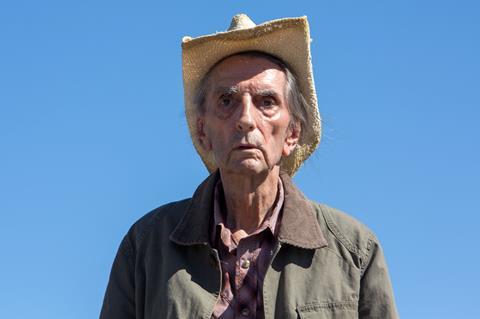 The late Harry Dean Stanton could not have asked for a more fitting swansong than this touching tale from actor-director John Carroll Lynch. An endearingly laid-back salute to a seemingly indestructible 90-year-old coming to terms with the inevitability of death, this is wise and wonderful filmmaking with a central performance that deserved more attention in the awards-season conversation.

The Night I Swam

Enchanting, mysterious and unlike anything else I saw this year, this largely dialogue-free four-hander is ostensibly about a sleepless six-year-old who one day sets off alone across a snowbound Japanese city to find his father, who works in the wholesale fish market. I haven’t been able to get it out of my head: like all good films, it taps into the dream space.

A lovely Georgian family picture with a great performance by Ia Shugliashvili. She plays a middle-aged teacher who moves out of the home she shares with her husband and three generations of the family, seeking her independence after years slaving away for her relatives. A hit on the international festival circuit, the film won the Golden Firebird Award at Hong Kong International Film Festival.

I Don’t Feel At Home In This World Anymore

An odd, unexpected little film-noir shaggy-dog story starring Melanie Lynskey as a put-upon nurse increasingly disillusioned with the state of the world. The theft of her laptop spurs her to become a vigilante and track down the thieves — abetted by Elijah Wood as her oddball neighbour — only to be led on to a more complex if equally inept set of crimes. After winning the grand jury prize at Sundance, I Don’t Feel At Home In This World Anymore went straight to Netflix.