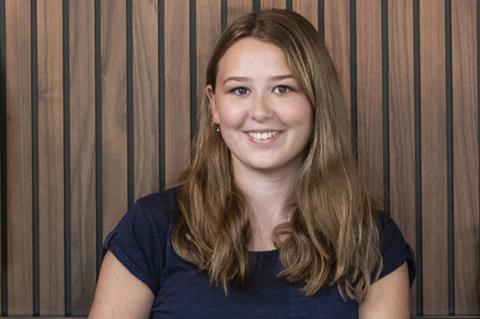 Now she has finished her A-levels, 18-year-old Liv Hill can finally concentrate on her acting. The past two years have seen her juggle studies with roles on two features: as an anguished young woman who finds solace in stand-up comedy in James Gardner’s Jellyfish, which premiered to acclaim at this year’s Tribeca, and as a naïve housemaid in Lenny Abrahamson’s The Little Stranger.

Hill, who describes herself as shy in person, has a commanding presence on screen. Earlier this year, she was nominated for a best supporting actress Bafta TV award for her debut role in the BBC drama series Three Girls, based on a real-life sex-abuse scandal.

“We all knew at the time it was very important work we were doing, but it wasn’t until it came out that we felt the intensity and pressure of what we had created,” Hill recalls. “At the time I was 16 and so excited to have my first job. It was actually a very light set.”

The young actress trained at Nottingham’s Talent 1st, a free performing arts group that she attended after school. Born in Wales, Hill travelled around a lot as a child due to her father’s job in the army. They settled in Derby, where she still lives, when she was nine.

Next up for Hill is a role in The Fight, the directorial debut from actress Jessica Hynes, and she says variety is essential. “I definitely find pleasure and excitement in playing people who are very different to me,” Hill says. “I thrive more in those sort of roles.”