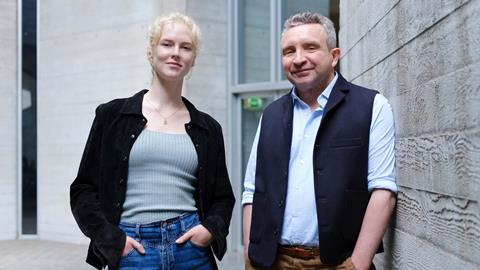 McEwen describes Marsan’s career as her dream: able to switch between big-budget studio fare and more independent films, yet “no-one recognises you walking down the street”.

After making his big-screen debut as Mugger #1 in Jon Amiel’s The Man Who Knew Too Little (1997), Stepney-born Marsan quickly became one of the UK’s most respected acting talents, working with everyone from Mike Leigh (Vera Drake, Happy-Go-Lucky) to Martin Scorsese (Gangs Of New York), Steven Spielberg (War Horse), Michael Mann (Miami Vice) and Terrence Malick (The New World). His major TV roles have included the titular Mr Norrell in the BBC drama Jonathan Strange & Mr Norrell and as former boxer Terry in seven seasons of Showtime’s Ray Donovan.

Recently seen in ITV’s The Thief, His Wife And The Canoe, Marsan has several films in the can, including Firebrand, an adaptation of Elizabeth Fremantle’s book Queen’s Gambit about Catherine Parr, wife of King Henry VIII. McEwen and Marsan worked together on the dystopian feature Vesper which premieres at this year’s Karlovy Vary.

Rosy McEwen: What do you look for in a project? And has it changed over the last 10 or so years?

Eddie Marsan: It has changed in the last three or four years. It used to be whatever I was doing would have to be completely different from the thing I did before. And sometimes I would make that decision and sacrifice quality, to a certain extent. I realise I’ve made some mistakes in that regard. But the main thing I always tried to do was to develop diversity and not have people define me. Many different people have many different opinions of me which meant I’d always get cast in many different things. Now, I’m looking at the director. At what they want to say about it. What I want to say with the thing. The writing. As I’m getting older, that’s becoming more important. I used to be a bit narcissistic, like, if I’m in it, I’ll make it good. Didn’t always work out. There’s no such thing as the little bit of Eddie magic. I remember Jim Broadbent said, “You’ll never make it better than it’s written,” and it’s true. We always think we can, and we can’t. It has to be good on the page. If it’s good on the page, then you can fulfil it. If you show off, you can mess it up.

McEwen: When you look for different things, do you mean in terms of character or in terms of going from a TV show to a film to a play?

Marsan: It’s the character, usually. I don’t really differentiate much anymore between film and TV, especially with streaming.

McEwen: Are you still learning on every job?

McEwen: Why is that?

Marsan: Because over the last few years, I’ve seen some actors go [to] a deeper level, and I realised I need to go to that level. I feel the urge to go a bit deeper. I saw Mark Rylance on stage do Jerusalem and thought, “That’s what I have to do, I have to go as deep as that.” When I did Gangs Of New York with Daniel Day-Lewis, I remember thinking, “That’s what you’ve got to do,” and when I saw Mark, I thought, “I’ve got to get to that level. Invest that much.”

McEwen: I guess that comes with picking the right project. 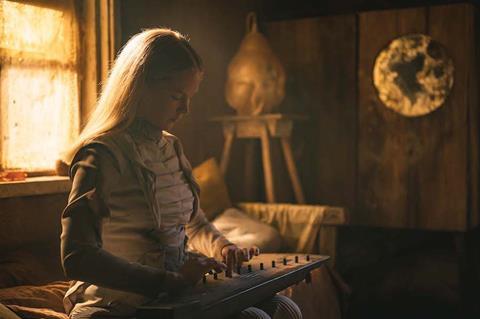 McEwen: If it’s crap, or it’s not something you connect with, you’re never going to get there.

Marsan: Anyone can do it. It’s not impossible. You just need to invest time and effort and think about it. You need to take in sensory data, sounds, images. You need to read a lot. Your imagination needs to be active. What I mean is, you need to imagine yourself as being that person, rather than seeing yourself as that person. But you understand all this. I kind of did it with Ray Donovan, but because I’m a jobbing actor, I’m a bit like a session musician, and I’ve got to be a bit more like John Coltrane.

McEwen: But it’s hard to maintain. You can’t be giving everything you’ve got to those two days and then go home. It’s a balance.

McEwen: That’s a new actor thing. Everyone has that mindset of self-flagellation. You have to feel the pain. It’s bloody exhausting.

McEwen: What did you tell me about Happy-Go-Lucky [when we worked together on Vesper]? For a year you were practising…

McEwen: That must have been going in deep.

Marsan: Yeah. But Mike [Leigh] told me it was going to be a substantial part, and can I please study conspiracy theories for a year? I loved working with Mike, I loved what I learned from him, [but] it took me in a dark place. Like going to the dark web for a year. Got really weird.

McEwen: And you take it on a bit?

Marsan: I did. My character was angry all the time. And when you get the anger juices flowing, your brain creates grooves [for] it to slip into. I had to meditate a lot afterwards. Although Sally [Hawkins, co-star] helped, ’cause Sally’s a laugh.

McEwen: Are there any characters you’re desperate to play? 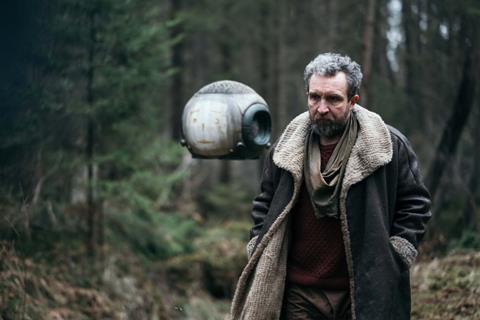 McEwen: I asked you this on set, but do you watch yourself on the monitor and then again after it’s come out?

McEwen: You do it every take?

Marsan: I do now. Also, it’s a collaborative art form, so whatever you’re doing has to fit in with what everybody else is doing. With regards to watching afterwards, that’s a different thing. Whenever I first see something, I hate it. Do you ever do that?

Marsan: One of the tricks is to watch it with an audience. When you watch it by yourself, you’re so self-obsessed. When you sit with an audience, you begin to tune into their consciousness, and you begin to see it from their perspective. That happened with Happy-Go-Lucky. Me and Sally hated Happy-Go-Lucky when we first saw it. I phoned my agents [and said], “I think this is the end of my career.” Then we went to Berlin film festival and people adored it and she won an award.

McEwen: I’ve just done a film and played number one for the first time, and I was like, maybe I’ll watch it alone. But watching with an audience is really good advice. Do you have one piece of advice for a younger actor? If you were to talk to your 28-year-old self.

Marsan: It’s a long game, I’d say. And don’t be afraid about not being successful early on. Because if you become very successful early on, you may be learning to act in front of millions of people, and audiences are unforgiving. Whereas if you’re doing it in somewhere like Hampstead or a fringe place, you’re learning to act in anonymity, which means you can take risks. The other thing I always say, and the best advice anyone ever gave me, was strive to have an ordinary life and an extraordinary career. Don’t have an extraordinary life because you will have a very ordinary career. Have a relationship. Have kids. Have a mortgage. Because when you go on set, you’re more courageous, because that’s not where you get your emotional fulfilment from.

McEwen: I love that. Has typecasting ever been a concern?

Marsan: I’ve played both dark and light and very compassionate characters as well. Quite often I would play villains in big movies, and then, when someone would ask me to do a film like Still Life, which is a small film but a real arthouse film, those films that are more artistically rewarding, you play someone the opposite of what you are known for. So, gradually, you can start to change people’s minds.

McEwen: That’s why I love your career so much, because it’s been so varied. As an actor, you keep growing, keep changing and keep doing different things. Plus, you have this amazing family life.

Marsan: One of the things I realised early on, you can’t have a great career, great family life, and a great social life. You really have to give up the social life. I know that sounds funny, but you’ve got to just go home, be with the kids, attend football matches and be normal. You can’t go to premieres, you can’t go to the openings of an envelope, you can’t do any of that. And you realise it’s quite nice not to.