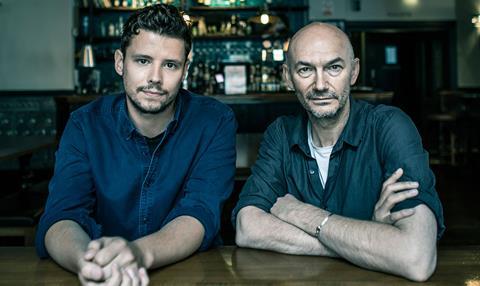 Sam Yates: What are the differences in your approach when you’ve written the film yourself versus being given a script to direct?

Jonathan Teplitzky: They’re both great experiences. I’ve just done a film [Churchill] that someone else wrote. I was only on it for six weeks before we shot it because they lost their director. The person who wrote it [Alex von Tunzelmann], it was her first screenplay for film. She’s a journalist and knows her shit, but the scenes also played really well and we had a great cast. When it happens that way, you have an objectivity in terms of going through the script and giving notes. When you’ve written it, it’s quite hard to have that objectivity.

SY: You like a moving camera, which makes things dynamic and your framing is exciting.

JT: How you frame the camera is really important. I’ve only worked successfully with DoPs who are really into exploring it. It’s interesting when you’re doing television because television rails against director flourishes to a certain degree, unless you’re working with good people. It’s almost a dirty word. As soon as you bring something to it, you get a lot of people saying, “This isn’t what we do in television.” I suspect telling people not to be creative isn’t the way to go because that’s not the future of television.

SY: Can we talk about some of your earliest film memories?

JT: I wasn’t one of those kids who was obsessed with film but I was lucky enough that my parents took me to see early Peter Sellers films like The Party, a number of the Pink Panthers and Chitty Chitty Bang Bang. But I wasn’t making Super 8 films aged 12. I left Australia when I was 20 and came over here to travel for two years. I ended up spending eight years based in London but backpacking around the world. Travelling through Europe, in the ’80s, I started watching a lot of European cinema and I got to like American thrillers from the ’70s, like The Parallax View, Three Days Of The Condor and All The President’s Men.

SY: Do you think those travels inform your film-making?

JT: Without a doubt. I learnt as much about directing from travelling as I did at film school. Directing is no more than bringing your life experience to these things — how you engage with people, how you tell stories, how you remember them. It’s really important to try to make a good movie but I also want the experience of making it to be good. For me, it doesn’t matter how much of a masterpiece it is if you’re not happy and you make everyone else’s life a fucking misery; I don’t get that. I love hanging out with these creative people and I want to create an environment where people can do their best work.

SY: Of your contemporaries, whose work do you admire?

JT: I really admire Spike Lee and Steven Soderbergh. They both created a model that I thought was an interesting way to start out. And I enjoy their methodology. Soderbergh has an incredible and quite unusual eye for editing rhythm and Spike Lee’s confrontational style is really interesting. I also love early Jim Jarmusch films, Tarkovsky and Fellini.

SY: You’ve shot on film and digital. What are the differences from your perspective?

JT: Not a lot. There was a more disciplined thing on film where every time the scene was over, you were churning money through the camera so you’d go “cut”. But with digital, you can just keep turning. In a crude way, the development of film has been about how much detail you can get in the blacks. The development of digital is how you control the whites. That is getting better and better. Digital is becoming more filmic with every generation of camera.

SY: Do you think it’s essential to have a personal hook into projects?

JT: Yes, even if it’s quite obscure. You need to be able to connect with the material and the characters. For example, with Churchill, he could be seen as a war criminal or a great hero but you need to have a dispassionate view of both perspectives, make the film about “a man” and leave those judgments unresolved.

SY: Do you approach film and television projects differently?

JT: Not really. You’re forced to, a little bit. In TV, the creative drive often comes from a writer and producer, and at some point they bring a director in to set it up and other directors later to fill in the bits. So by the time you get there, many creative decisions have been made. I had great experiences working on Broadchurch and Indian Summers. Other things I’ve done, they have had a greater sense of what they’re looking for and aren’t particularly flexible. That can be frustrating. I was once told, “We don’t shoot profiles in television.” It’s like, maybe you don’t but get your hands off it.

SY: What advice would you give to aspiring directors?

JT: The first thing I’d say is enjoy it and make the process as good as possible for yourself and those you bring on board. Embrace the responsibility. Be open-minded. Choose the bold options. There will be a million people telling you to soften it but if it has good bones it has a chance. Now, with the moving image available on so many formats, the things that stand out are great stories, well told. You’ve got to be passionate. A film doesn’t take 20 minutes. Someone has been developing it for years, always. It has to be a good enough story to justify that time.

I’ve developed stuff that has hit a wall after two years. That’s why I’ve always got three or four things in development. It just becomes harder to raise money to make drama for the big screen. Look at the current comic-book franchises. Sadly, the audience has been taken to a place where they are hungry for a narrow thing. Getting that audience out to see a difficult drama about refugees — it may speak to a lot of people but that’s not why people go to the cinema anymore. One of the evolutions that has happened is that the likes of Netflix and Showtime are making shows that once were the domain of independent films. Breaking Bad, you can just see that as an independent film but if you went to try and finance a film about a schoolteacher who became a meth cook and dealer, your budget would be tiny.