Screen looks at the docs competing in the World Cinema selection at Sundance 2019, with topics including the impeachment of former Brazilian president Dilma Rousseff, and a family fleeing the Taliban. 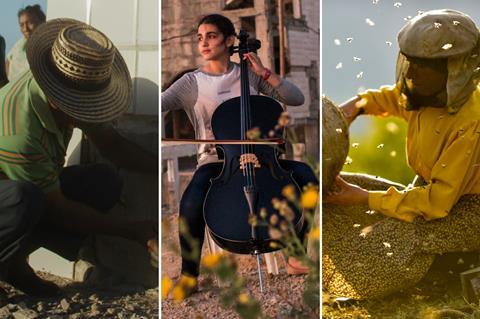 Dirs. Rachel Leah Jones, Philippe Bellaiche
Advocate profiles veteran Israeli human-rights lawyer Lea Tsemel as she defends a minor accused of attempted murder, and reflects on a past case in which she defended her activist husband from a charge of treason against the state. Co-director Jones previously played in Sundance’s World Cinema Documentary competition with her 2012 film Gypsy Davy, on which Bellaiche — here making his directing debut — served as cinematographer.
Contact: Philippa Kowarsky, Cinephil

Dir. Mads Brugger
Danish journalist/filmmaker Brugger, who won Sundance’s grand jury prize in 2010 for comedy documentary Kim Jong-Il’s Comedy Club (originally titled The Red Chapel), teams up with Swedish private investigator Goran Bjorkdahl to explore the suspicious 1961 plane-crash death of Dag Hammarskjold, the second secretary general of the United Nations, who was then an advocate for Congo’s independence. The documentary has been supported by the Norwegian Film Institute and Eurimages.
Contact: DR Sales

The Disappearance Of My Mother (It)

Dir. Beniamino Barrese
Italian director of photography Barrese, whose previous work includes short films, commercials and music promos, makes his feature directing debut with this intensely personal film about his mother, 1960s fashion model Benedetta Barzini. An outspoken feminist, Barzini has become so disillusioned with her industry that she wishes to disappear from the material world. Her son hopes that by confronting her with his camera he will be able to keep her close. The project was selected for the Venice Gap-Financing Market, part of the Venice Production Bridge at Venice Film Festival in 2017.
Contact: Salma Abdalla, Autlook Filmsales

The Edge Of Democracy (Braz)

Dir. Petra Costa
This is Brazilian filmmaker Costa’s third feature documentary following 2012’s Elena, which premiered at International Documentary Filmfestival Amsterdam, and 2015’s Olmo And The Seagull, which premiered at Locarno. The Edge Of Democracy follows the political controversy surrounding former Brazilian president Dilma Rousseff and her impeachment in 2016. The project participated in Sundance’s Documentary Edit and Story Lab in 2017, and has been produced by Netflix for streaming on the platform in 2019.
Contact: Netflix 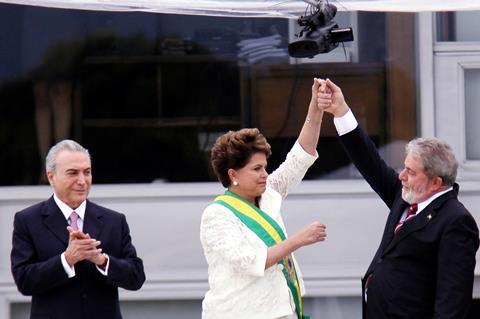 ‘The Edge Of Democracy’

Dirs. Garry Keane, Andrew McConnell
A little-seen view of daily life in the war-torn Palestinian city of Gaza from inside a taxi cab, whose passengers — a teacher, a student and a barber — share their thoughts and experiences about life under conflict. Irish filmmaker Keane has been making broadcast documentaries for more than two decades, and this project teams him with Beirut-based photojournalist McConnell, here making his directing debut.
Contact: Andrew Noble, Filmoption International

Dirs. Ljubomir Stefanov, Tamara Kotevska
In a deserted Macedonian village, local woman Hatidze tends tirelessly to her bees, only for her quiet way of life to be disrupted by the arrival of a large, nomadic family who move in next door and threaten her livelihood. The documentary from co-directors Stefanov and Kotevska was selected for Sarajevo Film Festival’s Cinelink Work in Progress programme in 2017, where it won the $34,000 (€30,000) Turkish National Radio and Television Award.
Contact: Submarine Entertainment

Dirs. Juan Pablo Polanco, Cesar Alejandro Jaimes
When a young Colombian Wayuu woman has a dream that she is reunited with her dead cousin, she embarks on a journey to her relative’s grave in the middle of the Guajira desert in order to exhume and clean the bones according to traditional ritual. The debut film from Bogota-based co-directors Polanco and Jaimes is produced by their independent production outfit Los Ninos Films, which is based in Spain and Colombia.
Contact: Syndicado Film Sales

The Magic Life Of V (Fin-Den-Bul)

Dir. Tonislav Hristov
Bulgarian filmmaker Hristov previously played in Sundance’s World Cinema Documentary competition in 2017 with The Good Postman, which was also nominated for a European Film Award that same year. His latest film follows young Finnish woman Veera, whose transformation into her live-action role-play (LARP) persona ‘V’ helps her to navigate past psychological traumas at the hands of an abusive father. The project participated in Sarajevo Film Festival’s Docu Rough Cut Boutique in 2018, which focuses on southeast European documentary films in post-production.
Contact: Cat & Docs 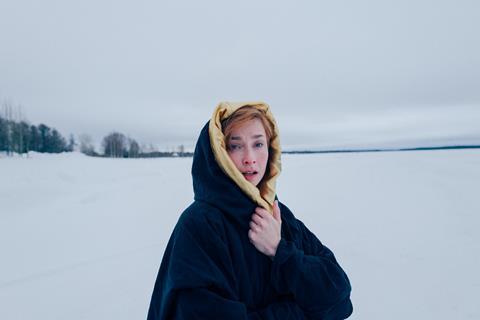 ‘The Magic Life Of V’

Dir. Hassan Fazili
In 2015, following the television broadcast of his documentary Peace In Afghanistan, Afghan director Fazili was forced to flee his home after the Taliban put a bounty on his head. This true story documents his journey, along with his wife and two young daughters, across Europe, where they are unsuccessful in achieving refugee status and deported back to Afghanistan.
Contact: Emily Selinger, Cinetic Media

Dir. Richard Ladkani
Two years after Austrian filmmaker/cinematographer Ladkani’s environmental documentary The Ivory Game (co-directed with Kief Davidson) played in Camerimage’s Feature Documentary Films Competition and Toronto International Film Festival, he returns with a look at the devastation of the Sea of Cortez. As Mexican drug cartels hunt the valuable totoaba fish, they are destroying the delicate ecosystem of a place conservationist Jacques Cousteau called “the aquarium of the world”.
Contact: Submarine Entertainment

Dir. Kim Longinotto
Acclaimed UK filmmaker Longinotto is no stranger to Sundance. In 2009 she won the grand jury prize (shared with Teddy Leifer) for documentary Rough Aunties, and played in competition with Salma in 2013 and Dreamcatcher in 2015, for which she won the World Cinema Documentary directing award. Her latest feature is a profile of Sicilian photographer Letizia Battaglia, who spent her career documenting the inner workings of the local Mafia.
Contact: Met Film Sales ; Charades

Stieg Larsson — The Man Who Played With Fire (Swe)

Dir. Henrik Georgsson
Having directed renowned Swedish television series including The Bridge, Wallander and Blue Eyes, along with the UK noir series Marcella, Georgsson turns to the big screen for this profile of late investigative journalist Stieg Larsson, author of the Millennium Trilogy novel series that includes The Girl With The Dragon Tattoo. The film promises unprecedented access to Larsson’s archives, along with interviews with those who were closest to him.
Contact: The Match Factory