The Film & TV Charity's Alex Pumfrey: we must “protect the diverse talent pipeline” 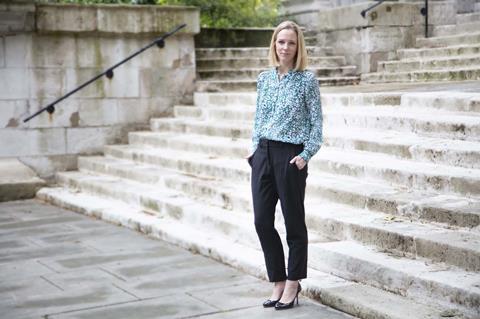 “I am an optimist and a believer,” says Alex Pumfrey, CEO of the UK’s Film and TV Charity. “There’s a fantastic opportunity to rebuild an industry that has greater consideration, care and respect for the people that work within it.”

The Covid-19 pandemic has wrought havoc on the film industry and the livelihoods of the many freelancers who work in it. Pumfrey is at the vanguard of the growing number of people who believe times of great upheaval lay bare hard truths, and that from the devastation comes a chance to remake it anew, better and fairer.

The charity launched the Covid‑19 recovery fund, its second support resource, in late September to distribute up to $2.5m (£2m) to help film, TV and cinema workers manage the effects of the pandemic. It follows the $3.8m (£3m) Covid-19 emergency relief fund, established in April.

“This fund is quite different to the first one,” Pumfrey explains. “That was a very fast stop-gap solution to that immediate crisis. [The new fund] is specifically designed to protect the diverse talent pipeline — those who will be hit hardest through Covid.”

Those identified as vulnerable groups include women, workers with care and responsibilities, disabled workers, and black, Asian and minority ethnic workers. The fund will provide a programme of financial support of up to $5,700 (£4,500) across six months, as well as practical assistance and industry access.

“Those with the least resources are going to be those who struggled to get into the industry in the first place,” says Pumfrey. “People were saying, ‘I can’t keep going, I can’t wait for production to return, I’m going to have to go and do something else. And if this is how vulnerable my career is going to be, then it’s going to be really difficult for me to sustain.’”

The recovery fund is founded on a $1.2m (£1m) donation from Amazon Prime Video, with additional funding from Bafta, BBC Studios, Sky Studios, Sony Pictures Entertainment and ViacomCBS, as well as private donations. “All those businesses recognise our industry is an eco­system, particularly because of its reliance on that freelance workforce,” says Pumfrey.

“We’ve also had some astonishing donations from individuals,” she adds. “Six-figure sums, which are moving to receive when we recognise the industry itself is undergoing an incredibly difficult time.”

Pumfrey, who joined the charity in 2017 from freeview TV company Digital UK, believes the pandemic has increased awareness of the difficulties faced by many freelancers, and that focus must be maintained with or without the coronavirus. “If we don’t pay good attention to that, we will slip back into bad old habits very quickly.”

Scale of the challenge

She is quick to underline the fact the complex series of problems facing individuals are not merely financial ones. “Let’s not underestimate how traumatised people are by everything that’s happened, particularly people working in our industry,” she says. “The cumulative effect of what we knew was already a poor picture on mental health, plus everyone’s experience with lockdown in terms of isolation and anxiety, then lack of employment and uncertainty of futures.”

The charity’s efforts early in the pandemic made a tangible difference. A survey it commissioned after the launch of the emergency relief fund found that one in five of those supported said they may have lost their homes without it.

In the long term, however, Pumfrey hopes for a workforce that is not reliant on charity. “None of us want to be in a position where, when something goes wrong, the soup kitchen has to step in. That is what we’ve done because it felt necessary, but all of us would prefer to think more strategically about the shape and structure of the industry so that is not necessary.”

Founded in 1924 and formerly known as the Cinema and Television Benevolent Fund, the charity is about to finish a long-running renovation of its building in Soho’s Golden Square, London. The site now also houses the central London base of the National Film and Television School, which has two floors, and the office of the British Independent Film Awards.

“The idea was always to create a hub in the heart of Soho, particularly given that so much of the industry has moved out [of the area],” says Pumfrey of the remodelling.

As the charity heads towards its centenary, Pumfrey believes it is perfectly placed to help tackle the challenges of the pandemic. “It’s given us a clearer sense of the wider ways in which we can support people in the future,” she says. “It’s a real privilege to be able to play that role.”