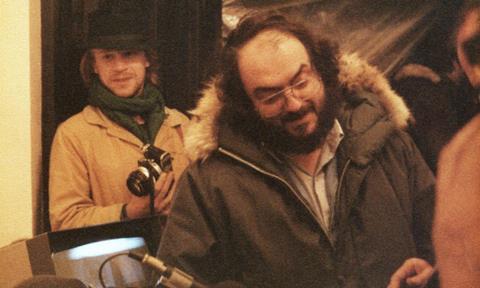 On his passport, Leon Vitali describes himself as a “filmworker”. The film of the same title, directed by Tony Zierra, premeired in Cannes’ Classics strand this week.

The name Vitali may not be synonymous with the work of Stanley Kubrick, but the UK actor played a crucial role on several of the director’s film.

Vitali, who has accompanied the film to Cannes, was utterly devoted to Kubrick.

He had a career as an actor but put that to one side in order to help the director in any way he could. He was involved with casting, he appeared in some of the movies, he worked as an assistant director. He would do anything he could to help Kubrick. “I was really fascinated by that - that somebody would give up fame and fortune to be behind the camera, to be an assistant to someone else’s creative art,” says the direcotr.

Zierra had been making a documentary about Kubrick but quickly decided that Vitali could warrant a movie on his own.“I realised that he had an unusual and unique story,” he comments.

Since Kubrick’s death in 1999, Vitali has continued to “carry the torch” on behalf of his former mentor. He’ll talk about Kubrick at any opportunity, and will proselytise on his behalf. Some liken him to a moth drawn to the light that Kubrick exuded. He has boxes and boxes of material from his time in Kubrick including dozens of notebooks.

Vitali’s moment of epiphany came after he saw 2001 - A Space Odyssey and A Clockwork Orange. “Some day I am going to work for that man,” he told himself. It was a dream he was able to fulfil after winning a part in Barry Lyndon.

Zierra argues that Vitali’s contribution has never been acknowledged properly. Bringing Filmworker to Cannes - the film is sold here by Cinetic Media - is one way of putting him in the spotlight.

“This (Filmworker) is about the people behind the screen, the people who never get the exposure,” the director reflects. “It is an unusual case for Leon because he had that before but then, people like him, they live, they work and die in the shadows.”