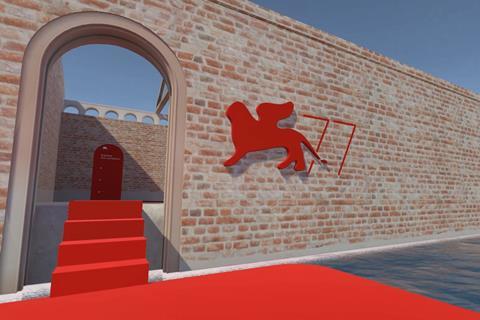 At a time when events are moving into virtual spaces due to a pandemic, it would be easy to imagine that Venice’s Virtual Reality section is tailormade for such conditions.

But for Liz Rosenthal, who has co-curated the competitive sidebar with Michel Reilhac since 2017, going entirely online this year has been a 24/7 endeavour as “there are things we’re doing that have never been done before”.

Rebranded Venice VR Expanded, the section will present 44 projects from 24 countries, of which 31 are in competition.

While these would usually be accessed on the Lazzaretto Vecchio – a small island close to the Lido that, fittingly, was used to quarantine people during plague epidemics – the projects will be accessed globally using a VR headset and PC. The dedicated digital platform is supported by Facebook’s Oculus, HTC Viveport, VRChat and VRrOOm.

“It is the first time different companies, with different platforms and headsets, have come together and agreed to work with us on this crazy adventure,” says Rosenthal, who will be based in London for the duration of the festival, due in part to a broken wrist.

“Access is our big thing this year. There’s still no one way to see everything on one platform, as there are a variety of different formats from 360 live-action video to interactive experiences. But we’re offering a way for people with different headsets to at least access a certain amount of all projects.”

This platform will place viewers in a virtual Venice, where they’ll travel to the island and enter an exhibition hall, where some of the projects can be accessed and others can be previewed.

Those who do not have the necessary tech can visit one of 16 satellite venues, set up with cultural institutions around the world from China and Moscow to Paris, Barcelona, Taiwan and Portland in the US.

“It’s such a great way to generate appetite for VR,” says Rosenthal of the global network. “Venice VR is about championing this as a new art form and not focusing on the technology.” 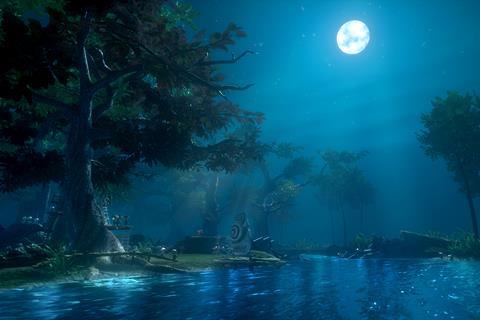 The projects themselves have the sort of A-list talent attached that have increasingly associated themselves with VR in recent years. These include Jon Favreau, the filmmaker behind The Lion King and The Mandalorian, who has co-directed fantastical VR experience Gnomes & Goblins with Jake Rowell, who produced award-winning VR series theBlu.

In addition, Hush marks the first VR experience from Final Cut For Real, the Danish production company behind The Act Of Killing, directed by Vibeke Bryld.

“These are live performances within a virtual world,” Rosenthal explains. “They involve people performing using motion-capture suits, situated all over the world, who are embodied as avatars. These are really cutting edge and an indication of where this medium is going. I think these experiences could serve as an inspiration to arts venues and are so exciting in terms of where we are now, in the middle of this crisis.”

During the festival, Rosenthal will be working out of a motion-capture studio in London’s Bethnal Green, which UK director and Venice VR jury member Asif Kapadia (Amy) will also attend to experience the projects. Also on the jury is renowned Japanese videogame designer Hideo Kojima (Metal Gear Solid) and US filmmaker Celine Tricart, who won the Venice VR grand jury prize last year with The Key.

“These are still early days,” added Rosenthal on the limited reach of VR. “The current headsets are great but need to be more consumer-friendly and standardised. As it becomes more ubiquitous and needed, like smartphones, people will come to it.”

She added that filmmakers would benefit from embracing the emerging medium as soon as possible. “Get into this world now and start learning about it because there are going to be great opportunities for directors and designers to play a big part in VR,” said Rosenthal. “It’s not about destroying a medium. It’s about how you adapt and bring those skills into these new worlds.”