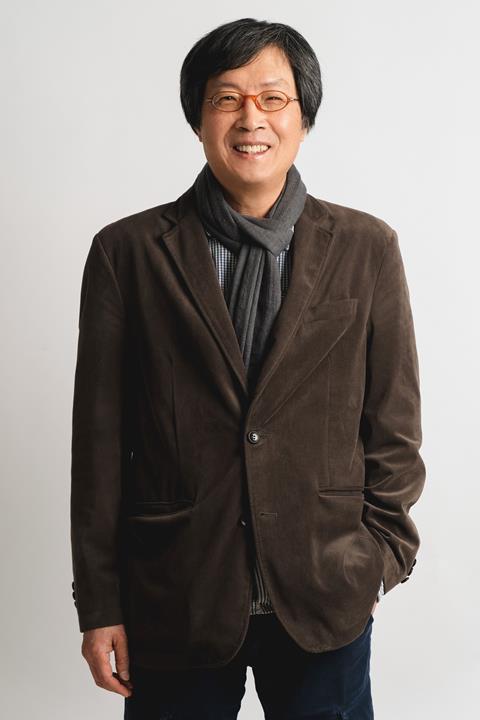 Appointed festival director of Korea’s Jeonju International Film Festival in December 2019, Lee Joon-dong is readying his third edition of the festival in the pandemic, committed as ever to the exploration and celebration of cinema on the big screen.

Here, the festival director speaks to Screen about what industry and audiences can expect at this year’s 23rd edition (April 28-May 7), the importance of retaining an online element and his hopes for Jeonju’s future.

What is the feeling going into Jeonju’s first fully-fledged physical edition since 2019?
Jeonju City and quarantine authorities were, of course, tense, but judging from the experience of the past two years, we thought we could amply pull it off. We’re going back to normal with screenings and an opening night reception, Korean Film Night and retrospective parties. We pre-emptively declared internally that it would be normalized this year and have prepared for it.

You are maintaining online screenings this year. Why?
An interesting phenomenon we’ve discovered after two years is that people flock to the opening film at first and slow down in the middle [of the festival]. Then, when the award winners are announced, the hits spike. What that means is even if they come to the Jeonju film festival, they choose films they want to see. After they go back to their respective regions, they want to see the award-winning films but it’s hard for them to come back down to Jeonju or to get tickets so online definitely plays the role of a complement.

Could you tell if it affected offline admissions?
We still had about 80% of screenings sold out last year. That was higher than before the pandemic, but it was with distancing between seats so we have no reference that online decreases offline admissions. This year, within minutes of putting opening film and ceremony ticketing online, 400 seats sold out. So even if people don’t go to cinemas, they still harbour expectations for festivals. I hope our film festival can play the role of an engine pulling audiences back to cinemas.

What are some of the Covid-19 safety measures you are taking for guests?
We have consulted with the local medical community and acquired facilities with English speakers for our international guests. We are collaborating with Jeonju’s Presbyterian Medical Centre on transport and treatment so if a case does arise, we know what to do and have had practice runs.

What would you say are Jeonju IFF’s defining characteristics?
We’re known for independent, alternative and arthouse films. Back when the festival was started [in 2000], that meant ‘new films’ and, proclaimed in format – digital films. I think we have to keep that the same. Technically, what is new in films? VR is here. We’re not interested in the technical aspects of VR but if it can become an expansion of cinema.

So a few days ago we signed an MOU with the Korea Creative Content Agency (KOCCA) to get KW600m ($480,000) in support. KOCCA needs to support VR production and we need to look into the potential of VR to expand new films. We can bring in meaningful artists to participate, and once they are made, we have the platform to show the works to audiences. We will take submissions, select a couple projects, and provide investment support in them.

What are you most looking forward to about this year’s Jeonju?
A safe festival with the complete recovery of an atmosphere of celebration and normality.

What do you hope for Jeonju in the long-term?
It’s the responsibility of our film festival to raise the global profile of alternative films. Busan film festival is fulfilling the role that encompasses mainstream films. Our dilemma is that we have to make a film festival for films with less mass appeal, but mass appeal is also important for a festival. How we solve this contradictory problem and how much we can expand the boundaries of cinema – these are roles I hope the Jeonju film festival can play.