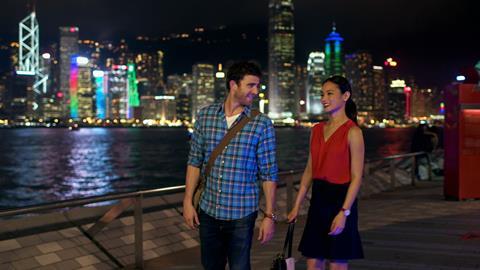 Roman Kopelevich’s Red Sea Media is to handle all international sales for It’s Already Tomorrow In Hong Kong and is debuting the romantic comedy to buyers this week at Filmart.

Directed and written by Emily Ting, the film stars Jamie Chung (Big Hero 6) and Bryan Greenberg (Friends With Benefits), and was produced by Ting with Sophia Shek.

Chung plays a Chinese American who visits Hong Kong for the first time and meets a US expat (Greenberg). But as romance blossoms, time is not on their side.

The rights deal was negotiated by Kopelevich for Red Sea Media and Ari Haas of Sedgemoore Pictures on behalf of the filmmakers.

Ting said: “We shot the film in Hong Kong last summer and I couldn’t be happier to be returning ‘home’ a year later with the finished product.”

Red Sea has also taken on international sales for vampire comedy Bloodsucking Bastards, which it is also selling at Filmart in Hong Kong.

Directed by Brian James O’Connell, the film was written by comedy troupe Dr God from a script by Ryan Mitts.

The film premiered on the opening night of the Slamdance Film Festival earlier this year.

It stars Fran Kranz (Cabin In The Woods) as an overworked officeworker whose telemarketing company is slowly taken over by vampires led by his longtime nemesis (Pedro Pascal of Game of Thrones).

Forbes said: “People all around the world have worked for at least one bloodsucking bastard, and that is what makes this film extremely fun and relatable.”