EXCLUSIVE: China’s Thunder Communications and UK’s Poisson Rouge to collaborate on up to five titles; first drama centres on a real investigation into mysterious biological weapons that were used against the Chinese. 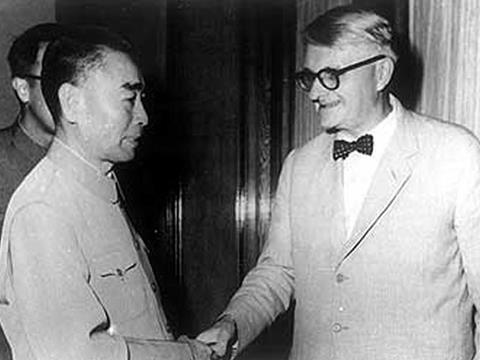 The first title to emerge from the partnership is The Proving Ground, an action-adventure movie set in Cambridge and northern China in 1948 that is inspired by the true life exploits of the renowned biochemist and Sinologist Joseph Needham who undertook a dangerous mission during turbulent times to investigate mysterious biological weapons that were used against the Chinese.

Jonathan Finnigan is attached to direct a script written by Andy Briggs (The Philadelphia Experiment).

Other projects already selected for development are a Cold War thriller and a Mando-pop (Mandarin popular music) road movie.

Charles Lei, founder and CEO of Thunder Communications International, and previously GM China for Walt Disney Television International and SVP Greater Asia for CNBC, said: “Working with creative professionals from the UK is a real opportunity for Chinese films to be more accessible to the international audience.”

Christopher Granier-Deferre, founder of Poisson Rouge Pictures, and a seasoned UK producer with a long history of working on international productions added: “With China on the cusp of becoming the single biggest market in the world this is an exciting way to develop ideas that are a natural fit for that market.”