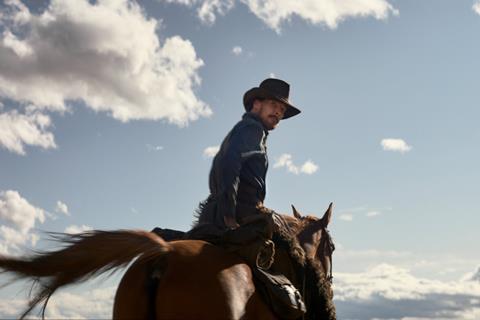 Plans by Netflix France for a series of one-off screenings of the platform’s most prestigious original features of the year at a handful of independent theatres have been greeted with uproar from French distributors.

Key distributor bodies the Syndicate of Independent Distributors (SDI) and DIRE (Distributeurs Indépendants Réunis Européens) put out a statement on Monday (Oct 25) voicing their “shock” at learning of Netflix’s plans for the event, and suggested it would severely impact their profession if it goes ahead.

According to reports in French media, which has dubbed the initiative the “Netflix Festival”, Netflix France is planning a series of paying theatrical preview screenings in a dozen independent cinemas in cities across the country from December 7-14.

Contacted for confirmation of the event, a Netflix France spokesperson told Screen that the initiative was still “under reflection” and emphasised that it would not be a “festival” but rather “a retrospective event” consisting of limited screenings to celebrate Netflix’s best films of the year.

Local media has reported that the potential line-up could include Jane Campion’s The Power Of The Dog, Paolo Sorrentino’s The Hand Of God and Maggie Gyllenhaal’s The Lost Daughter. The spokesperson said the selection was still under consideration but confirmed that it would likely consist of three previews with the rest of the line-up being retrospective.

News of Netflix’s plans for a special screening event comes at a difficult time for French distributors, who are struggling to find space for their films after the prolonged closure of French cinemas from late 2020 to mid-2021 due to the Covid-19 pandemic. The closures resulted in a backlog of some 400 films.

“At a time when many films are barely able to get released in a way that is in line with their potential, we denounce the holding of such a festival, which is akin to a large-scale marketing campaign, a huge promotional trailer aimed at inciting more spectators to subscribe to their paying service,” the SDI and DIRE wrote in their joint statement.

“If works that are similar to cinema films can be found on platforms and the cinephiles find what they need there, what is the future of the cinema theatres and those who make and promote it?”

Netflix’s initiative has also stoked the French cinema world’s fierce debate over its strict media chronology and where the platforms should sit within it.

Under French windowing rules, none of the above titles can be released simultaneously online and theatrically. Media chronology legislation is currently in the final stages of a long-running reform but until now it has stipulated a 36-month window between a feature film’s theatrical launch in France and its SVoD release.

Under the reforms, this window could be shortened to as little as 12-14 months for SVoD releases, but it will depend on what percentage of its turnover a platform invests in French content. The final details of the reform are still under negotiation. SDI and DIRE suggested that by showing Netflix films out of sync with the current chronology, exhibitors were undermining these windows.

Contacted by Screen for its stance on the initiative, the French Association of Arthouse Cinemas (AFCAE) said it was in full support of the distributors.

“We’re 200% in agreement with the statement of the SDI and DIRE,” said AFCAE president François Aymé. “The point of this initiative is to publicise Netflix. It’s incoherent that a theatre would do promotion for Netflix, the mission of which is to get people to watch cinema at home on their TV screens, without respecting the rules of festivals and the media chronology.”

Aymé also raised the fact that cinemas in France received a lot of state financial support over the course of the Covid-19 pandemic to keep them afloat.

“The cinemas have received large amounts of financial support expressly so they can continue to defend films conceived for a theatrical release in cinemas, not so they can defend films destined for Netflix,” he continued. “December is one of the busiest times of the year and the Netflix films are going to take the place of films produced for a theatrical release, many of which have been waiting a long time to come out.”

Netflix has concluded an agreement to show, in French cinemas with paying preview screenings, several of their top productions which we can’t qualify as cinema films because they will never come out in theatres but are destined to be viewed by TV audiences on their TV screens.

After the announcement of the launch of Jane Campion’s new film on Netflix on Wednesday, December 1, a symbolic day for film releases in theatres, Netflix has managed to transform cinemas into an antechamber for its services.

At a time when many films, which have been victims of the seven-and-a-half month closure of theatres, are barely able to get released in a way that is in line with their potential, we denounce the holding of such a festival, which is akin to a large-scale marketing campaign, a huge promotional trailer aimed at inciting more spectators to subscribe to their paying service. If works that are similar to cinema films can be found on platforms, and cinephiles find what they need there, what is the future of the cinema theatres and those who make and promote it.

Dear exhibitors who participate in this operation, with whom we have lived lots of adventures, successes and failures, many emotions, do you understand the spiral you are getting involved in. Do you understand that the short-term attraction of your spectators is suicide in the medium terms for our respective professions?

Faced with such a choice, how can you continue to defend, from your side, the principle of an exclusive window for your theatres in the new media chronology which will integrate the platforms into our ecosystem respecting the order of the distribution window.

The collective discovery of a cinematic work on a big screen constitutes a unique and irreplaceable experience. We have to defend it collectively and with solidarity.

Our reaction is not backwards-looking, quite the contrary… it’s a long-term vision for our professions. We need to keep unearthing, helping to come to fruition and promoting films by directors, young and less young, in cinema theatres.

Directors, producers and exhibitors, the future of our professions is at play today. Tomorrow, it will be too late.