The LA-based studio took another stride forward in its global ambitions as founder Bob Simonds confirmed on Thursday “significant strategic investments” from the Asian powerhouses. 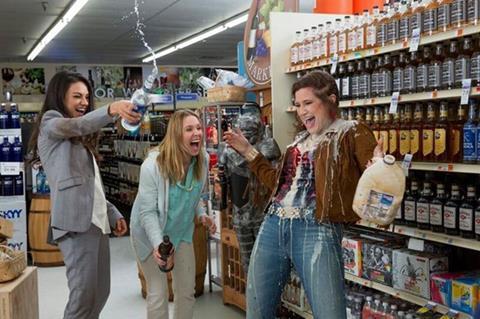 PCCW has signed a distribution pact through which STX will siphon first-run “Hollywood content” and the parties will jointly create regionally tailored programming for PCCW’s TV, digital and OTT platforms in Hong Kong, Southeast Asia and India.

STX also has a content partnership with Tencent. The company’s R-rated comedy Bad Moms (pictured) has grossed $57.8m after ten days of release in North America.

According to The LA Times the deal combines with a recent credit facility hike that gives STX access to approximately $700m and values the studio at $1.5bn.

The investment will fund overall growth and specifically an expansion in the company’s TV and international businesses and enable “high-quality, full-scale capabilities across music and digital, including short-form, app-based and virtual reality/immersive entertainment.”

STX launched with backing from US private equity fund TPG Growth and China’s Hony Capital and has a co-financing and distribution slate deal with Huayi Bros.

Sky News first reported the development with PCCW and Tencent this week.