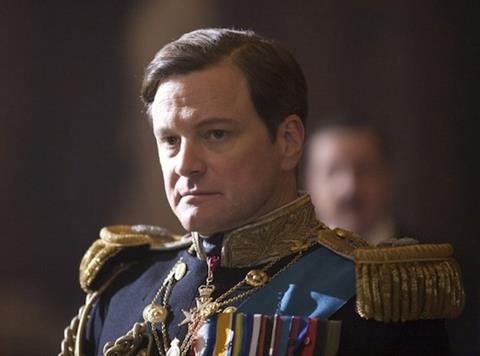 UK financier Prescience, backers of The King’s Speech and TV series Wolf Hall, is to be rebranded as Hindsight under the management of new CEO James Swarbrick, who takes over the role from company co-founder Tim Smith.

As part of the restructure Smith will become chairman and media investor John Story, a former Entertainment One shareholder, joins the board as a non-executive director.

A number of additional appointments are expected during Q1.

Two new funds are being launched by the group. The first is EIS fund Hindsight Media, marketing via Enterprise Investment Partners, which is focusing on film, television and games.

One of the first films backed by the fund is the Julian Fellowes scripted movie Crooked House, starring Glenn Close, Gillian Anderson, Max Irons and Christina Hendricks. Sony have US rights while UK distributors are due to see the film in coming months.

In the next few weeks the group is due to launch its second recent addition: a new mezzanine fund, set up as a joint venture with another UK financier, whose identity is currently under wraps.

Ignition Media Finance, which according to company chiefs has concluded $30m of lending deals over the last twelve months, will continue as the group’s tactical lending subsidiary.

Swarbrick told Screen that Hindsight would be looking to concentrate its production output on a smaller number of UK and US projects in which it can take a larger stake.

“I look forward to continuing to work with Tim to build on the success of the past ten years. Going forward we are looking to increase our focus on those projects which we believe in, taking greater ownership and editorial involvement; as well as working with new voices and fostering new talent on both sides of the Atlantic.”

Smith commented: “Our boutique media financing business has an exciting pipeline of potential projects for this year and beyond and by structuring our funds to effectively provide senior, mezzanine, development and equity along with tactical and bridge lending we are providing flexibility, competitive pricing and often 100% of the financing for projects, for example the recent release of A Street Cat Named Bob.

“Simultaneously, we are broadening activity to include games and television as well as film and committing to synergistic new enterprises like Legacy.”

Hindsight is the biggest shareholder in the recently announced catalogue rights management business Legacy, which is headed up by former PolyGram executive Austin Shaw.