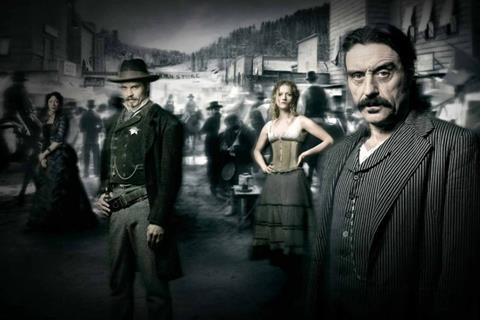 HBO has given a green light to its long-planned television movie follow-up to Deadwood, the David Milch western series that ran on the US premium cable network from 2004 to 2006.

Milch is writing the film, which will be directed by Daniel Minahan, who directed four episodes of the series’ first season.

Bloys said the film, which earlier this year was approved for an estimated California tax credit of $4.2m, will probably start shooting in October and premiere on HBO next spring. He did not say which of the series’ primary cast members – among them Ian McShane, Timothy Olyphant, Molly Parker and John Hawkes – are likely to appear in the film.

Over its three seasons on HBO, Deadwood won a Golden Globe (for McShane) and eight Emmys.

During the HBO presentation, Bloys also spoke about the network’s future programming policy. In a recent meeting for employees, according to a report in the New York Times, John Stankey, the AT&T executive who now oversees HBO (after AT&T’s acquisition of HBO parent Time Warner), said the network would “change direction a little bit” in order to deliver “more hours of engagement” with viewers.

At the TCA tour, however, Bloys said, “There are no plans to dilute the HBO brand in favor of increasing volume of programming.”