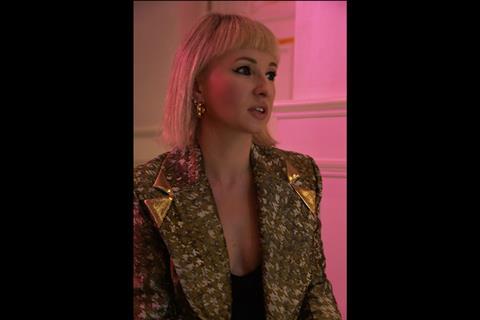 Polish-German writer-director Ulla Fudge plans to shoot her debut feature Ultra Pure this summer on location in the UK and France while observing social-distancing guidelines.

“The most important thing is the safety of my cast and crew,” said Fudge. “Being safe and comfortable on the set is something that should not be compromised. Wearing gloves and masks on the set will of course be a challenge due to the long shooting days but film production needs to move forward.”

Ultra Pure stars Camilla Rutherford, Alain-Fabien Delon – son of renowned French actor Alain Delon – and Greta Bellamacina. It is set in a tower block, where residents and workers engage in ‘ultra pure’ online and nationalistic love and will include musical performances from drag queens.

The cast and crew will be briefed on hygiene procedures at the beginning of each day, Fudge explained with safety measures including the wearing of gloves and masks on set for non-actors; and staggered call times and lunch breaks to avoid group gatherings.

“Directing during social distancing guidelines will no doubt make things very different but working in the film industry trains us to be constantly adaptable and flexible to new environments.”

Fudge previously directed the immigration drama Hard & Soft in 2016. She is producing Ultra Pure through her UK company Fudge Films Production alongside US producer Tony Krantz through his Swedish company Friends Of Mr. Cairo.

Krantz is financing the film alongside private UK investment sources.