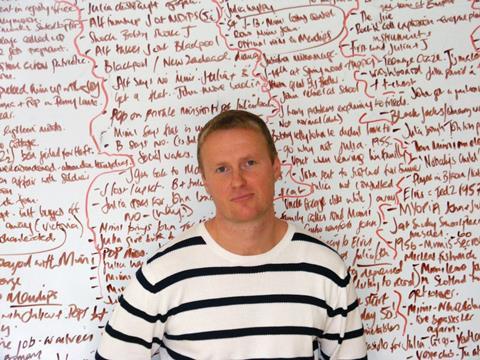 “Each time I’ve been, I’ve been really astonished at how rewarding it is. It makes you realise how isolated writers are on the whole,” says screenwriter Olivia Hetreed of the International Screenwriters’ Festival in Cheltenham, UK.

The fourth edition of the festival runs from October 26-29 this year, moving from its July spot to the closing days of the London Film Festival (LFF) and its Production Finance Market. Guests from the LFF will be passing through Cheltenham, including writer Matt Greenhalgh, who will screen footage and discuss scenes from the film of his script Nowhere Boy.

There will be speed-dating sessions bringing writers face to face with international agents, producers and sales agents. And the new good-practice guide for screenwriters will be launched by the Writers’ Guild of Great Britain, aiming to bridge the divide between “the art and business of screenwriting”.

The festival aims to help screenwriters give more consideration to the pragmatic and business side of film-making. Producers and sales agents, meanwhile, hope that by participating, they can ? as one puts it ? help “strong-arm the writers into coming up with scripts that work in the marketplace”.

“One of the misperceptions is that it is a bunch of screenwriters meeting up,” says festival director David Pearson. Only around half the attendees are screenwriters; the rest are developers, agents, financiers, producers and sales agents. And alongside the industry events there are nightly sessions the public can attend.

“You want writers who will be passionate and will sit there battling to write something magnificent,” says producer Andy Paterson. “But the more they can find information about the way the industry works, the less frustrated they’ll be and hopefully the better treated they will be.”

“I’m still reading scripts that have seemingly been written with no audience in mind” says Samantha Horley, managing director of UK sales and production outfit Salt. “I’m there to chant ‘market-focused film-making’ at every opportunity.”