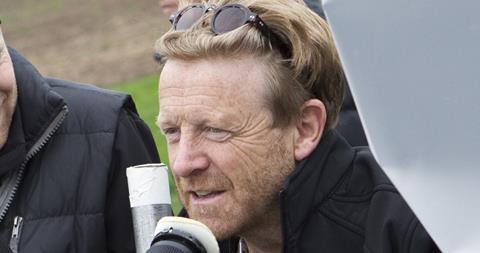 Anthony Dod Mantle has had to move quickly over the years. Fleeing the zombies of 28 Days Later or running through the back alleys of Mumbai for Slumdog Millionaire, the Oscar-winning cinematographer brings a ferocious energy to the screen with his innovative use of digital cameras.

But his need for speed was greater than ever on Rush, the true story of Formula 1 drivers Niki Lauda and James Hunt as they battled for the chequered flag at the 1976 World Championships.

It marks his first collaboration with Ron Howard, the director of Apollo 13 and A Beautiful Mind, who chose to shoot on digital for the first time.

“Ron and I have a lot of things in common, but we come from very different worlds,” says Dod Mantle. “Ron is Hollywood royalty and I was Zentropa royalty. You can’t get more different than that.”

The Oxford-born cinematographer, now based in Copenhagen, is referring to his work on Danish films including Festen and Mifune as well as Lars von Trier’s Dogville and Antichrist.

“Ron comes from a world of classic narrative cinema and has a tendency to use coverage and long lenses. I want to try and mess that up.”

Devising the palette for Rush, Dod Mantle says he wanted to avoid “the predictable, downgraded, saturated look of ‘70s films” and instead focus on the “colour, sex, danger and panache” of Formula 1. The process was made more complex by the need to use archive material that would show the large crowds and race tracks of the era.

“What we were shooting had to marry with the archive so the footage didn’t ‘bump’,” he recalls. “Aesthetically I didn’t want it to bump - just like I didn’t want the cars to bump.”

‘Ron Howard is Hollywood royalty and I was Zentropa royalty. You can’t get more different than that’

Poring over countless hours of archive “subconsciously helped to develop the shooting palette”.

“Sometimes the camera doesn’t catch something perfectly but you sense something’s happened. There can be an awful silence to a car crash as the camera wanders to find what has happened. I wanted to recreate that atmosphere.”

The race unit had four weeks to shoot on locations including Cadwell Park and Donington Park racing circuits in the UK, recreating key moments from Grands Prix including Monaco, the UK’s Brands Hatch and Japan’s Fuji.

Dod Mantle employed cameras including the Arri Alexa Plus, Arri Alexa Studio and Canon EOS C300. But he married new with old to capture the spirit of the time, using lenses made in the 1960s.

“I combed the rental houses of Britain and elsewhere to find these lenses,” he recalls. “That way, I got the best out of the modern-day camera - the resolution and the latitude - as well as the inherent aberrations in the lenses. If it was good enough for [cinematographer] Gordon Willis and The Godfather, it’s good enough for me.”

Dod Mantle also used the IndieCam GS2K, which he describes as “small but robust and easily placed in smaller places” that “brings the audience into this piece of metal”. In addition, he developed “slider systems” - remote-controlled camera set-ups positioned on the race cars. “I would be driven in front of the car at 100mph, looking at a monitor and then try to make camera moves via remote control in the thick of the race.”

Perhaps the most daring move occurred when recreating Lauda’s devastating crash at Germany’s Nürburgring. Shooting on the spot where the Austrian driver nearly lost his life, Dod Mantle says: “It is a very spooky place. I looked at the real footage on YouTube, which is shot by an eight-year-old using a Super 8. It’s very oddly framed, which was very inspirational to me.”

A real car was used for some of the spin and the fireball while CGI was employed for the crash and flip. But Dod Mantle wanted to go a step further and stepped into the burning wreckage to shoot additional footage.

“I got in there with a burn suit on to shoot subjective stuff through the flames,” he says. “I was there, imagining Lauda in that situation. It was unforgettable.”

Dod Mantle and Howard have since reunited for period shipwreck drama In The Heart Of The Sea. “It’s a good marriage and a developing rapport,” he says. “We’re playing and exploring.”

Rush is released on Sept 13 in the UK through StudioCanal