The horror filmmaker talks to Ian Sandwell about his latest feature The Sacrament, which received its UK premiere at the BFI London Film Festival. 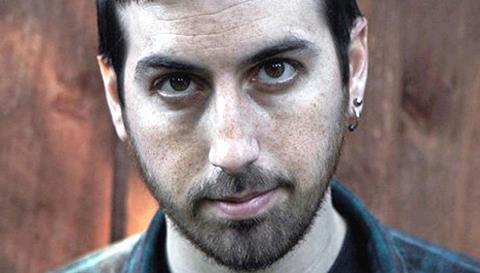 “I don’t class this movie as found footage,” says US filmmaker Ti West about his latest feature The Sacrament, which received its UK premiere as part of the Cult strand at the BFI London Film Festival last night (Oct 15).

“I think because of the recent trend, it’s easy to say that, but this was always going to be more of a documentary, like a horror Christopher Guest movie.”

The Sacrament follows two ill-fated Vice magazine journalists who travel to a remote commune known as Eden Paradise after they agree to help a friend in the search for his missing sister.

The film stemmed from West’s desire to make a film that was very realistic without supernatural elements and after mentioning the idea to producer Eli Roth, West notes that “the next thing I knew, we were shooting it”.

Having filmed a segment of horror found footage anthology V/H/S, West feels the one key thing that separates The Sacrament from the increasingly saturated horror sub-genre of found footage is its style.

“In V/H/S, we had a couple filming a home video so it could look and sound bad and, to some degree, you’re attempting to replicate that,” he outlines.

“But in this, the main character filming it is a director, so it was important to me to have the film shot 90% like someone who does it for a living. It’s put together in a professional, non-accidental way outside of a couple of scenes.”

With a fascination with cults such as Jim Jones’ Peoples Temple, it was equally important for West to present the cult in the film as “relatable”.

“To me, cults in general are interesting because people have this idea that everyone in them is crazy, but when you go and look at something like Peoples Temple, they’re regular people. People that didn’t have much else and this gave them something.

“Hopefully, when you see the movie, everything that Father says makes sense. Maybe you don’t want to do it, but you understand why all the people are there with him. A lot of the reasons people joined something like Peoples Temple are still relevant today.”

As with his previous features, including the critically acclaimed The House of the Devil and The Innkeepers, West also edited and wrote The Sacrament but would the filmmaker ever consider directing a film that he hadn’t written?

“I’m not opposed to it, but I’ve yet to find a situation where it makes sense. It has presented itself many times but I think writing, directing and editing is what filmmaking is.

“You can compartmentalise them but if you haven’t done them yourself, it becomes very hard. Someone comes to you and asks why does a character say this, and you don’t have an answer. I want to have answers for everything.”

Along with the likes of Joe Swanberg and Adam Wingard, West has become part of a group of genre filmmakers who frequently collaborate (a horror Brat Pack if you will).

For instance, Swanberg appears in The Sacrament, while West had supporting roles in Wingard’s You’re Next and Swanberg’s Drinking Buddies (also playing LFF). It’s a working relationship that’s stemmed from friendship and West believes it has its own definite benefits.

“So many people talk about doing stuff and we just do it,” explains West. “We have the same vested interest in making good movies where no-one has their own agenda, and that’s rare.

“For me, that gives me a sense of comfort and confidence to know that everything will be fine. It’s hard enough making a movie, you don’t want some other bullshit drama to deal with as well.”

West has yet to finalise a next project, but feels it might see him step away from horror for a time.

“I’ve made six, arguably seven if you count the anthology movies, in a row so that’s a lot of horror movies in less than ten years. I don’t want to repeat myself.”