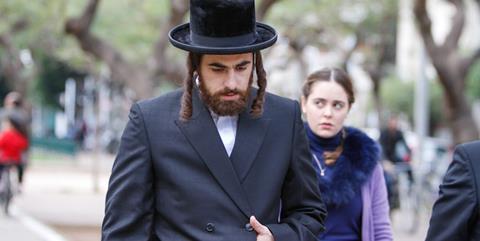 When the annual Pitch Point event was launched at Jerusalem Film Festival (JFF) in 2006, Israeli cinema was emerging from a very difficult period.

“The late 1990s was a bad time for Israeli cinema. The budget of the Israel Film Fund had been slashed by 50% in 1996, which was a tremendous blow, while a series of so-called naval-gazing movies had alienated audiences,” explains Katriel Schory, executive director of Israel Film Fund and creator of Pitch Point.

The industry was eventually blown out of the doldrums by the creation of the Cinema Law in 2001, which tripled funding and overhauled the way in which it was meted out.

“It was just the beginning,” continues Schory. “We had to completely reinvent ourselves and reintroduce ourselves to the international marketplace and festival circuit.”

Pitch Point was among a slew of initiatives aimed at kick-starting the industry in the light of the new Cinema Law. Around a dozen new projects are pitched to international decision-makers and there will also be a work-in-progress section this year for the second time.

“The main thing is that good films are getting a first exposure to the cinema world,” says producer Itai Tamir of Laila Films, who is attending with a debut feature called No Future, about an Israeli-Russian rapper in Ashdod, and a rough cut of Nony Geffen’s highly anticipated Everything Is Broken Up And Dances, about an Israeli soldier who re-invents himself as a pop star.

Dutch international promotions expert Claudia Landsberger of BaseWorx For Film, who is acting as an artistic adviser this year, says Pitch Point is invaluable. “It has enormous promotional value when it comes to launching a project on the international scene,” she affirms.

For Schory, the event has been an important training exercise, for him as well as the film-makers. “It helped tremendously, especially before we started venturing onto the bigger platforms such as Berlin and Rotterdam. It taught me how to enter that world and the rules of the game,” he says.

The 11 projects being launched at Pitch Point this year include works by established directors, such as Oded Davidoff’s Live From Jerusalem, about a Jerusalem correspondent who stages his own kidnapping to get out of an assignment to Darfur, and Dani Rosenberg’s The Gospel According To My Father, which is about a flight out of Israel ahead of a nuclear attack by Iran.

Feature-length debuts include Shahar Rozen’s black comedy On Hope And Despair, which captures intertwining lives in the Tel Aviv neighbourhood of Hatikva and was born out of a real-life community drama project in the area.

Further first-time features include Yossi Atia’s self-financed Born In Jerusalem And Still Alive, in which the film-maker plays a tourist guide specialising in terror-attack tours in Jerusalem, and Maysaloun Hamoud’s In Between, about a Palestinian lawyer living a double life between Tel Aviv¹s LGBT scene and her home village in Galilee.

As well as Geffen’s Everything Is Broken Up And Dances, the work-in-progress features selection includes Eitan Gafny’s kibbutz-set zombie movie Children Of The Fall and Meni Yaesh’s Our Father about a bouncer who dreams of having children.

Prizes this year include the $5,300 (ils20,000) Van Leer Group Foundation award, the $1,000 Wouter Barendrecht and Lia van Leer Jerusalem Pitch Point award as well as the YAPIMLAB award, aimed at fostering co-productions with Turkey, and the International Filmmaker Project (IFP) award. The winner of that is invited to IFP’s project forum in New York.