Screen talks to the Hungarian director about his harrowing Cannes debut. 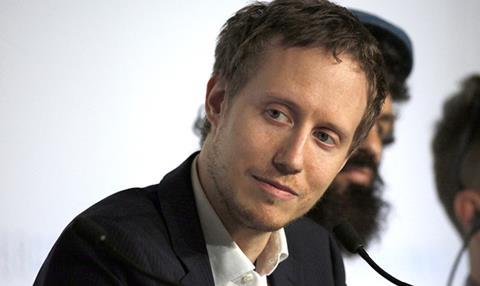 Fresh from the Cannes success of Son Of Saul, the feature debut he developed at the Sam Spiegel lab, Laszlo Nemes returned to Jerusalem Film Festival this year as a juror. The director talked to Screen about how the lab nurtured his vision.

As a young Hungarian film-maker born long after the Second World War ended, Laszlo Nemes knew he was taking a huge risk when he embarked on his debut feature Son Of Saul. The film, developed at the Sam Spiegel International Film Lab, was about a ‘sonderkommando’ in AuschwitzBirkenau; an inmate tasked with disposing of the corpses.

When Nemes brought his script to the Sam Spiegel lab, he was immediately encouraged by the response he encountered.

“I think they chose the subject because it was daring,” the writer-director recalls. “The approach was daring; a first film dealing with the heart of the extermination machine.” This was no chamber piece.

The film, which is being sold by Films Distribution, unfolds in eight languages including Yiddish; it features huge numbers of extras, immensely complex camera moves and sound design, and an intense and embroiled plot.

Making the film, the 38-year-old Nemes admits that sometimes he felt he was perched “on the edge of the abyss” and that the project was an “all or nothing” undertaking.

The storyline is very dark. Saul (Geza Röhrig) spots what he thinks is his own son among the piles of corpses and goes to extreme lengths to give the boy a traditional burial. The film is shot in subjective fashion, from the point of view of the desperate father as he searches for a rabbi to conduct the funeral.

Nemes describes making the film as a “coming of age” for him as a director. “It was a very, very difficult experience,” he says. “I didn’t make tremendous coverage of the film. We cut in camera. You have these very intense two, three or four-minute sequences. We took all the risks and it was very intense.”

On the one hand, this was an oppressive and extremely gruelling production. On the other, for the crew pushing themselves to the limit, it was “also very joyful”.

The original intention was to structure Son Of Saul as a co-production. In the event, potential financiers were wary.

“I am talking about the lack of risk-taking in European film financing,” Nemes sighs, recalling the number of European funders and broadcasters that turned down the project. There was a sense among potential backers that, as Nemes puts it, “a first-time director should do a different kind of film”.

“Whenever a film-maker wants to strike a different chord or approach different subjects, it is really hard to make things happen,” he suggests.

The Hungarian Film Fund supported Nemes from the outset. There was a certain irony here. Some within Hungarian film circles complained the fund, under its head Andrew Vajna (producer of The Terminator), had no appetite for risk-taking or auteur-driven film-making. Renowned Hungarian director Bela Tarr (for whom Nemes worked as an assistant on 2007’s The Man From London) has been especially critical of the fund.

“The Hungarian Film Fund is actually functioning on a very democratic level,” Nemes counters. “There are five people on the committee. They vote. They are not politically driven and they have no consideration, it seems, other than professional considerations.”

Son Of Saul went on to enjoy a triumphant reception in Cannes’ Competition, where it won the grand prix. It also received the blessing of Claude Lanzmann, director of the extraordinary 10-hour interview-driven Holocaust documentary Shoah (1985).

Acknowledging the influence of Shoah on Son Of Saul; “I watched it a lot, with my co-writer [Clara Royer] and DoP [Matyas Erdely]”.

Nemes recalls Lanzmann’s reaction to his film. “He was very positive,” says the director. “He was very touched and very reassured, but very moved.”

Another important influence on Nemes, albeit a less direct one, was Imre Kertesz, the Nobel Prize-winning author of the autobiographical novel Fatelessness, a closely focused account of a teenage boy’s experiences in Auschwitz-Birkenau.

“The angle of the book is very specific and reduced,” Nemes notes. He was delighted that Kertesz came to the Hungarian premiere of Son Of Saul.

In Hungary, anti-Semitism has unfortunately been on the rise and the Hungarian release of the film, which has already been selected as the country’s foreign-language Oscar contender next year, has provoked intense debate.

“I really think that Hungary and the rest of Europe has not come to terms with the destruction of the European Jews,” Nemes states, describing the Holocaust in a sense as “a European co-production”.

“There has been no real facing of the past,” he continues. “The Hungarians still don’t seem to know what took place. I made this film to show people that the camp is not just some kind of historical event or dramatic event. It is something much more shaking the soul of humanity. I tried to convey that through cinematic means.”

Nemes was back in Jerusalem this year as a juror on the lab. To his disappointment, Son Of Saul did not screen at the festival. “I regret that because I wanted this film to be at Jerusalem Film Festival,” he says, pointing out that the Israeli release is not until later in the year and so screenings were held back. “I couldn¹t force that.”

Come the autumn, the “big ride” for the film will begin as it is released in territories all over the world and as its US distributor Sony Pictures Classics mounts what is likely to be a major Oscar campaign.

The director is already preparing his next project, Sunset, which will be set in Hungary in 1910. “It¹s a coming-of-age story, also a thriller, the story of a young woman in Budapest,” says Nemes. “It takes place in a very important moment, before the First World War and before civilisation starts going into the darkness.”

After Son Of Saul, one prediction can safely be made. This time round, Nemes will not face a struggle to find co-production partners.