Les Misérables has recorded Universal’s biggest ever three-day opening in the UK at non-final $13.1m (£8.1m), which is also the biggest for producer Working Title and the biggest ever opening for a musical in the UK. 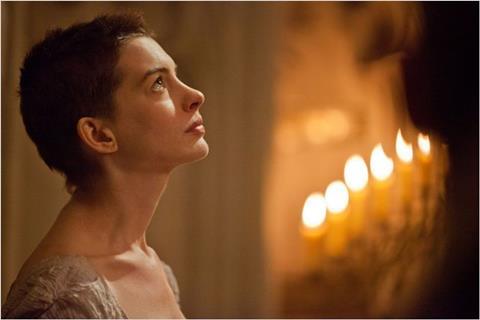 The people have sung. With a 37% market share, Tom Hooper’s adaptation of Les Misérables has debuted top of the UK box office with a record-breaking non-final $13.1m (£8.1m) debut.

That result marks Universal’s biggest ever three-day opening in the UK, topping the $11.5m (£7.1m) achieved by Bridget Jones: The Edge of Reason, as well as being the biggest debut for producer Working Title. It is also the best-ever opening for a musical in the UK, toppling Mamma Mia! which took $10.6m (£6.6m) of which $9m (£5.6m) came from its Fri-Sun weekend.

Continuing to impress in an increasingly crowded market was Fox’s awards contender Life of Pi.

Peter Jackson’s return to Middle Earth is still on a par with the highest earner of the Lord of the Rings trilogy, The Fellowship of the Ring, which stood at $77.9m (£48.3m), but it’s worth bearing in mind that Fellowship recorded a fifth weekend of $7.4m (£4.6m).

As with last week, eOne’s The Impossible fought a close battle with The Hobbit with a non-final strong second weekend of $3m (£1.9m). JA Bayona’s tsunami drama has now crossed £7m in the UK and stands at $11.5m (£7.1m).

This week sees saturation releases for Sony’s Django Unchained and Disney’s 3D re-release of Monsters Inc. Fox’s The Sessions and Momentum’s V/H/S are among the films receiving a limited release.