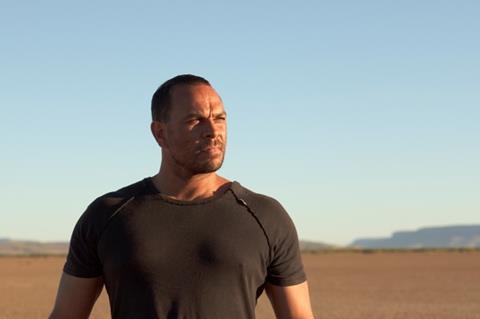 An unexpected standout at Sundance, this wrenching and inspirational movie continues to shine at festivals in the lead-up to its May 5 Australia release and its anticipated US theatrical release later this year. Though the cast, setting, dialogue and music are pointedly Australian — and indigenous, remote-regional Australian at that — the film’s theme of blundering, out-of-control masculinity will resonate wherever it plays.

Ngaire Pigram is watchfully vulnerable as the only woman in the lives of all three protagonists.

Brendan Fletcher’s debut feature, developed via the true stories of cast members and local aboriginal communities, has the stamp of authenticity. Its tough-guy language and flaring violence will keep it from wide mainstream acceptance but the movie is set to be this year’s Aussie arthouse must-see, following 2010’s Animal Kingdom and 2009’s Samson & Delilah.

To call someone a ‘mad bastard’ in Australia is not necessarily disapproving: it is often a term of endearment, of head-shaking acceptance. In The Kimberley — the vast north-western region in which the film is confidently set — it refers to men who go too far, drink too much, drive too recklessly, fight too often.

There are three generations of mad bastards on show here. Hard-man ex-con TJ (Dean Daley-Jones) is broke and volcanically unhappy (“I’ve got a little man inside me with an axe”); his disengaged 13-year-old son Bullet (Lucas Yeeda) is tossing Molotov cocktails at a neighbour’s front door; his mountainous father-in-law Texas (Greg Tait) is the local cop, struggling to keep order in the dusty beer-can-strewn township of Five Rivers. When TJ hitches 1600 featureless kilometres from Perth to meet Bullet for the first time and reacquaint himself with the boy’s mother Nella (Ngaire Pigram) the scene is set for bitter confrontations.

As well, Texas is determined to start a men’s discussion group. After barbequed sausages and excessive tomato sauce, an uncomfortable circle of aboriginal men is invited to share their problems. This splendidly comic device is used sparingly and, climactically, to maximum effect.

Both Daley-Jones and Tait get co-writing credits. Daley-Jones was set to be a grip in the crew before director Fletcher invited him to audition. Not only does his life story inform the fictional TJ, he is a brooding and charismatic leading man, quite a find. Tait took time off his real-life job as a regional police officer to play Texas. There is authentic power when the two strip to the waist for a climactic fistfight outside town on the bed of a dried-up flood plain.

Ngaire Pigram is watchfully vulnerable as the only woman in the lives of all three protagonists. Douglas Macale gives Uncle Black the seen-it-all wisdom and quirky humour of an aboriginal Spike Milligan.

There’s excellent widescreen camerawork from indigenous cinematographer Allan Collins (award-winner in 2002 for the handsome Beneath Clouds). He has a special talent for sunsets.

A big plus is the integrated guitar/mandolin/spoons songs from local musicians Alan and Stephen Pigram, who also take producer credits. Playing ‘as live’ their own brand of jangly country/calypso and occasionally popping up in the action, they add warmth and infectious good-humour to this impressively serious movie.