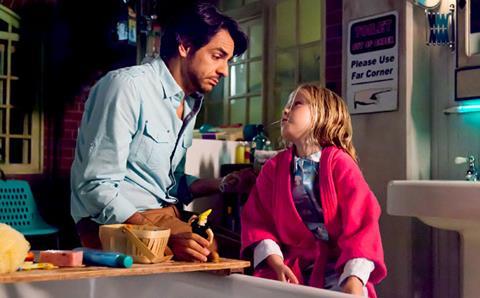 Most titles will appear exclusively on Pantaya including exclusive and first run access to all Spanish-language releases from the Lionsgate and Televisa joint venture Pantelion Films.

The slate includes Pantelion’s No Manches Frida and Instructions Not Included (pictured), as well as classic titles featuring Latino icons such as Pedro Infante, Maria Felix and Jorge Negrete, and films from Lionsgate’s 16,000-title library dubbed in Spanish, including Dirty Dancing and the Crank action franchise, and Amores Perros.

The roster includes Un Gallo Con Muchos Huevos, and Ladrones, as well as documentaries, concerts and other original premium content.

Hemisphere CEO Alan Sokol said the service would provide Hispanic film-goers in the US with an “entirely new way to watch movies and connect with their cultures.”