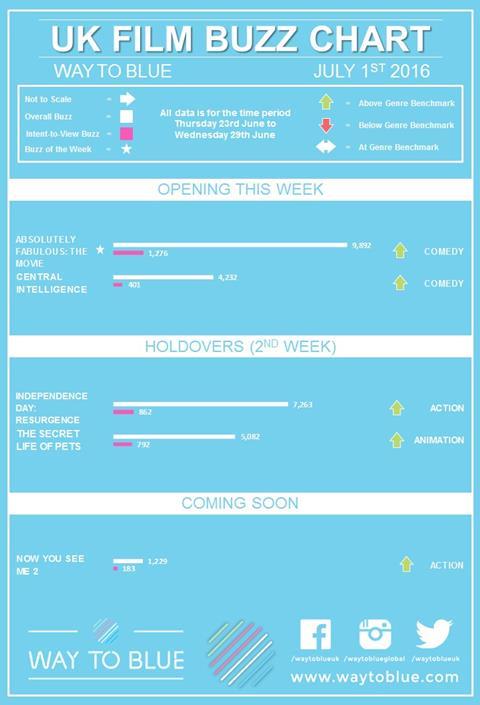 Absolutely Fabulous: The Moviehas topped the UK buzz chart ahead of its release this weekend, according to analysis firm Way to Blue.

The comedy, based on the long-running British TV comedy starring Jennifer Saunders and Joanna Lumley, generated close to 9,900 comments online from June 23-29. Of those, 12.9% expressed intent to view – meaning they would look to convert comments to cinema tickets.

It also beat out comedy Central Intelligence starring Dwayne Johnson and Kevin Hart, set for release this weekend, which trailed with 4,232 comments (9.5% ItV).