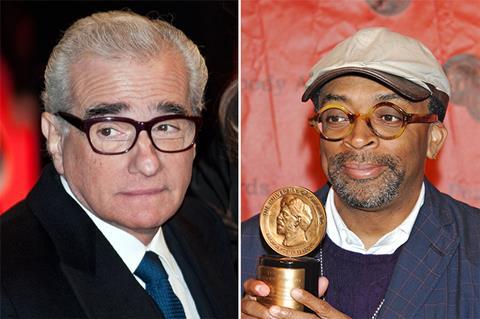 The Academy has responded to growing outrage over its plan to present four Oscars during commercial breaks in the 91st annual Academy Awards telecast, a move that sparked a wave of derision after the categories were clarified last weekend and provoked an open letter on Wednesday (13) from nearly 100 filmmakers including Spike Lee and Martin Scorsese.

Citing “inaccurate reporting and social media posts”, a statement issued on Wednesday night by the Academy’s officers including president John Bailey said no award would be presented in “a manner that depicts the achievements of its nominees and winners as less than any others”.

The statement went on to explain that four branches of the Academy volunteered to have their Oscars – editing, cinematography, make-up and hairstyling, and live-action short – announced by presenters and included later in the broadcast. “Time spent walking to the stage and off, will be edited out.”

The Academy is eager to revive ratings after last year’s record low, and wants to keep the February 24 telecast down to a trim three hours.

The statement said, “As the Academy’s officers, we’d like to assure you that no award category at the 91st Oscars ceremony will be presented in a manner that depicts the achievements of its nominees and winners as less than any others. Unfortunately, as the result of inaccurate reporting and social media posts, there has been a chain of misinformation that has understandably upset many Academy members.”

The Academy explained that the four winning speeches will be included in the telecast, adding that in the future, four to six different categories may be selected for rotation, in agreement with the show producers. This year’s four categories will be exempt in 2020, when the show moves forward to February 9.

The open letter appears below:

An Open Letter to The Academy of Motion Picture Arts & Sciences and The Producers of the 91st Annual Academy Awards Broadcast:

On Monday, February 11, 2019, John Bailey, President of the Academy of Motion Picture Arts & Sciences, announced that this year’s Oscar presentations for Best Cinematography — along with Film Editing, Live Action Short and Makeup and Hairstyling — will not be broadcast live, but rather presented during a commercial break. This decision was made to reduce the length of the show from four hours to three. The vocal response from our peers and the immediate backlash from industry leaders over the Academy’s decision makes it clear that it’s not too late to have this decision reversed.

The Academy was founded in 1927 to recognize and uphold excellence in the cinematic arts, inspire imagination and help connect the world through the universal medium of motion pictures.

Unfortunately, we have drifted from this mission in our pursuit of presenting entertainment rather than in presenting a celebration of our art form and the people behind it.

Relegating these essential cinematic crafts to lesser status in this 91st Academy Awards ceremony is nothing less than an insult to those of us who have devoted our lives and passions to our chosen profession.

The show’s director, Glenn Weiss, has stated that he will determine what “emotionally resonant” moments from the four winners’ speeches will be selected to air later in the broadcast. The show will cut any additional comment from presenters, as well as any recitation of the nominees as they see fit.

We consider this abbreviation and potential censorship to run contrary to the spirit of the Academy’s mission.

Since its inception, the Academy Awards telecast has been altered over time to keep the format fresh, but never by sacrificing the integrity of the Academy’s original mission.

When the recognition of those responsible for the creation of outstanding cinema is being diminished by the very institution whose purpose it is to protect it, then we are no longer upholding the spirit of the Academy’s promise to celebrate film as a collaborative art form.

To quote our colleague Seth Rogen, “What better way to celebrate achievements in film than to NOT publicly honor the people whose job it is to literally film things.”